Europe’s biggest economies ramp up pressure for deal to… 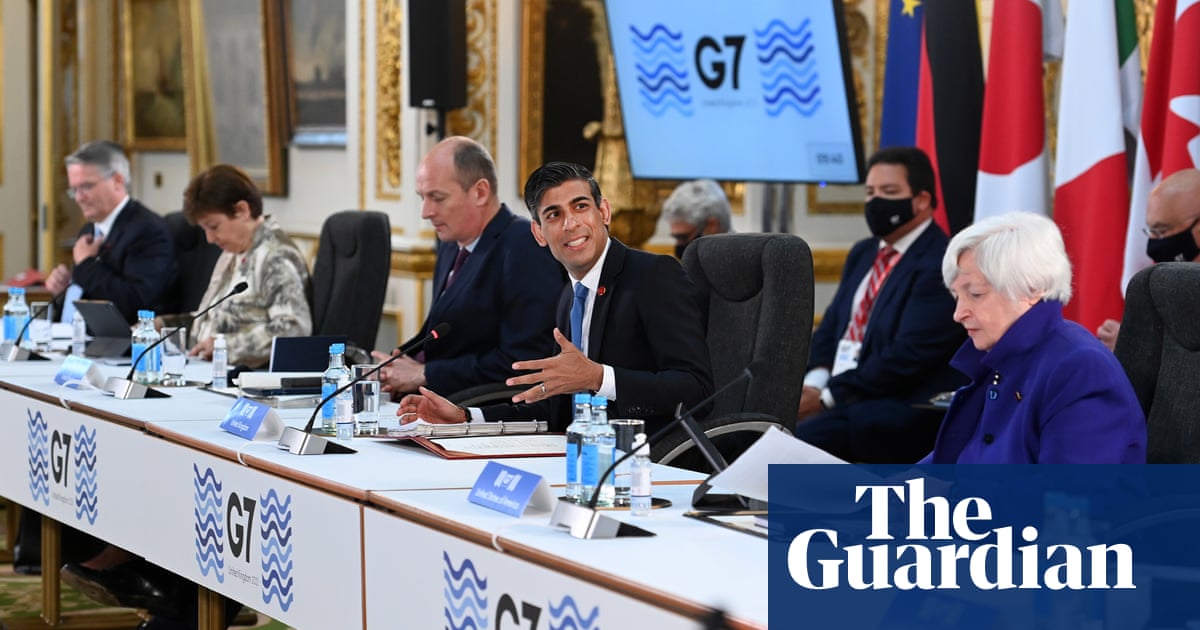 The EU’s four biggest economies have raised the pressure for a landmark agreement to curb tax abuse by multinational companies to be reached at G7 meetings in London on Friday.

Sending a united message in a letter in the Guardian, the finance ministers of France, Germany, Italy and Spain said a critical moment had been reached to strike a blow against tax avoidance as governments around the world attempt to rebuild from the Covid-19 pandemic.

Two days of talks between G7 finance ministers in London are underway to reach a breakthrough agreement to raise more tax from companies such as Google, Facebook and Amazon and other global giants. An update is expected on Saturday at the conclusion of the meeting, which is also focused on the recovery from the pandemic, cutting carbon emissions and supporting low-income nations.

The heads of the EU’s most powerful finance ministries wrote on Friday that agreement at the summit was within reach after years of false starts.

“For more than four years, France, Germany, Italy and Spain have been working together to create an international tax system fit for the 21st century. It is a saga of many twists and turns. Now it’s time to come to an agreement,” they said.

A breakthrough in London would be key to paving the way for a wider deal between nations including China, India and Brazil at meetings taking place between the G20 in Italy next month, the ministers said, adding there was a need to re-establish an international consensus on major global issues.

“We therefore commit to defining a common position on a new international tax system at the G7 Finance Ministers meeting in London this Friday. We are confident it will create the momentum needed to reach a global agreement at the G20 in Venice in July.”

Although Spain is not a member of the G7, its finance minister, Nadia Calviño, signed the letter as the EU’s fourth biggest economy in a display of unity between the bloc’s largest superpowers, reflecting determination at the heart of the EU to push through landmark tax reforms.

Talks between G7 leaders are understood to be delicately balanced as they seek to hammer out a transformative deal to bring an end to tax avoidance by multinationals and big technology companies using tax havens to exploit loopholes in the global system.

The letter comes in the wake of UK reluctance to support proposals made by the US president, Joe Biden, earlier this spring for a global minimum rate of corporation tax, which would form the backbone of the international agreement.

The plan put forward by Washington includes two main pillars: one enabling countries to tax some of the profits made by 100 of the world’s biggest companies based on where they generate revenues, rather than where the firm is located for tax purposes; and a second pillar setting a minimum global corporation tax rate. The US has suggested a 15% floor, raising questions about whether EU support could be reached given lower tax rates are applied in some nations including Ireland, Hungary and Cyprus.

However, the chancellor, Rishi Sunak, has moved closer in recent days to backing the Washington plan while insisting it must be coupled with a deal that would raise more tax from US tech giants operating in Britain.

Speaking as he opened the meeting of finance ministers at Lancaster House in London, with the UK holding the rotating G7 presidency, Sunak said the world was relying on the group to make progress.

“We cannot continue to rely on a tax system that was largely designed in the 1920s,” he said. “And I will just say this: the world has noticed. And I believe they have high expectations for what we all can agree over the coming days.”

The reforms on the table at the G7 are part of wider negotiations between 135 countries at the Organisation for Economic Co-operation and Development in Paris, with the aim of reaching a deal by October this year.

Although a push for a firm statement from the G7 is being made by France, Germany, Italy and Spain, some nations including the US are thought to be holding out for an agreement to be settled at the G20 meeting in Italy next month, so as to avoid the impression of a stitch-up between the largest economic powers.