Tokyo Olympiad Is One of the All-Time Great Sports… 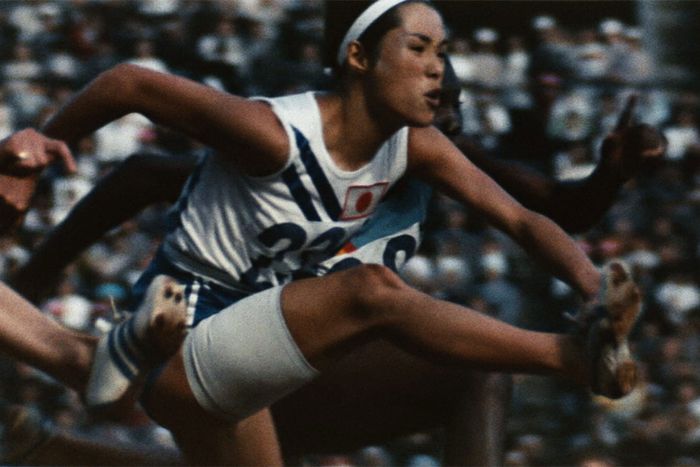 Tokyo had big plans to host the Summer Olympic Games in 1940. It would have been the first non-Western city to do so, but both World War II and the Second Sino-Japanese War scotched those plans. After an effort to move the Games to Helsinki, it was decided there would be no Olympic Games, summer or winter, anytime soon — and there weren’t until the summer of 1948 in London.

So it was with much fanfare that Tokyo rolled out the red carpet in 1964 to welcome the world to an event 24 years after its originally planned date. To mark the occasion, the Japanese Olympic Committee brought in Kon Ichikawa to make the official cinematic chronicle, which would be called Tokyo Olympiad. Employing an army of technicians, telephoto lenses, and stunning widescreen compositions, Ichikawa, whose masterpieces include The Burmese Harp and Fires on the Plain, created a humanist mosaic of athletic achievement with an infinite range of emotional pitch and captured the vim of a deeply invested spectatorship. It ranks at the top of the Olympics-movie heap — the recent Criterion set 100 Years of Olympic Films: 1912–2012 features 53 such movies — right alongside Leni Riefenstahl’s two-part Olympia (a feast of camerawork and dramatic tension, but still basically an impeccably made Nazi propaganda film).

You can probably see where this is going. Tokyo’s 2020 Summer Olympics were swept aside and postponed by a global pandemic. The planned film, to be directed by Naomi Kawase, was obviously canceled. The Games, now scheduled to run from July 23 to August 8, are a go for the time being, but with a recent surge in COVID-19 cases, and with a state of emergency declared for Tokyo until the end of May, a new opinion poll shows that 83 percent of people in Japan believe the Games should be canceled. If the they go on as planned, foreign spectators will not be allowed. The tennis stars Serena Williams and Rafael Nadal are among the athletes who remain uncommitted.

Kawase, whose films include the street-food drama Sweet Bean and the quest saga The Mourning Forest, is still slated to direct the official film of the Games, which are still billed as the 2020 Olympics, even though they’ll be held in 2021 — if they’re held at all. One wonders what she’ll do for audience reactions, which were handled so lyrically in Tokyo Olympiad. Ichikawa was clearly fascinated by the raw emotion of the spectators in National Stadium, who were as likely to shed tears of joy as clap their hands. There’s a sense of innocence to these crowd-reaction shots, a thrill at simply being in the arena to cheer one’s country on.

Coming 24 years after the 1940 Summer Olympics were moved, then canceled — an interval that included the nuclear destruction of Hiroshima and Nagasaki — the 1964 Summer Games were then a great source of national pride for Japan, a coming-out party for a country on the rise. This makes Ichikawa’s democratic approach all the more noteworthy. Even as he pays special attention to the Japanese athletes, Ichikawa never seems interested in using the Games to stoke the fires of nationalism, like, say, Riefenstahl. His cameras are curious about national pride, but rarely for the sake of merely bolstering his own nation.

The film invites us into the streets of the city, leaving no doubt that the crowd is part of the spectacle. Sometimes defeat is agony, but just as often it’s something more relatable: exhaustion. During the men’s marathon, for instance, we see the runners stop, one by one, for a cold drink. Some of them then resume the chase, but many use the pause to pack it in and call it a day. If there’s a theme to Tokyo Olympiad, it’s this: The athletes are people, not superheroes. And people have limits.

“Tokyo Olympiad is imbued with a humanism that’s lacking in most orthodox documentaries,” says film historian and critic Peter Cowie, a self-described “Olympics buff” and co-producer of that mondo Criterion Olympics set, via email. For Cowie, who recorded a commentary track for Tokyo Olympiad almost 20 years ago, the film reflects the words of Baron de Coubertin, the French historian considered the father of the modern Games: “The most important thing in the Olympic Games is not winning but taking part.”

Tokyo Olympiad, now streaming on the Criterion Channel (with and without that Cowie commentary), is a gorgeous film, whether Ichikawa and his crew are following the Olympic torch to places it has never before been — Istanbul, New Delhi — or tracking the drama of the men’s 100-meter dash. “The editing and camerawork in Ichikawa’s film are outstanding for the period,” Cowie writes. “And running like a bass motif throughout the film is the pride that Japan felt in hosting the Games, having been deprived of them in 1940.”

Perhaps more surprising, it’s a fun film. It has a whimsical quality, conveying the sense that the filmmaker is viewing such spectacles and competitions for the first time and can’t wait to tell us all about it. During a brief sequence on the women’s high jump, Ichikawa suddenly cuts to what looks like the wattle of an elderly spectator, then to another. The images are incongruous, unexpected, brazenly goofy, and removed from the majestic profile pushed by Olympic lore.

This, apparently, was not what the Japanese Olympic Committee had in mind. It forced Ichikawa to cut his film down from its original 165-minute running time to a more pedestrian 93 minutes. It was this edited version that was released in the U.S. in 1965; Janus Films reissued Tokyo Olympiad in 1984 at its original running time. (This was hardly the only controversy surrounding the film: The JOC had originally tabbed Akira Kurosawa to direct the film, but the master was fired over financial considerations, as well his insistence on directing the opening ceremonies as well.)

It’s not that the film skips out on heroism or nationalism; the Japanese men dominated in wrestling and judo, and the cameras give both sports the utmost attention. But Ichikawa clearly loves what others might consider throwaway moments, even when they involve high-profile champions. For instance, we don’t see a second of Joe Frazier’s gold-medal-winning heavyweight victory, but we do get to follow Frazier down a long corridor back to his dressing room after his victory, as he gives a weary salute to the camera crew. If this long take doesn’t bring to mind a similar shot following Robert De Niro’s Jake LaMotta into the ring in Raging Bull, then you’ve never seen Raging Bull.

It’s not just Ichikawa who’s in top form here. Toshirô Mayuzumi’s score is somehow both frisky and ominous, like something you might hear in a Mission: Impossible movie. Film editor Tatsuo Nakashizu, whose other credits include Wicked Nun and The Hot Little Girl, makes sense of 70 hours of footage shot by 164 cameramen, often flashing a sense of humor to match his director’s. In short, Tokyo Olympiad has personality, a quality not often associated with officially sanctioned filmmaking.

Nearly 60 years later, Tokyo Olympiad remains a visual symphony firing on all cylinders. The question is: Do you watch it now just for the sheer pleasure, or do you wait until this summer, when whatever Games they throw out there are bound to be inadequate? Instead of shaking your head in disappointment, you can look back at a glorious moment for both the Olympics and cinema. The stands are full. The country is ecstatic. The athletes are glad to be there. Let the Games begin, again.