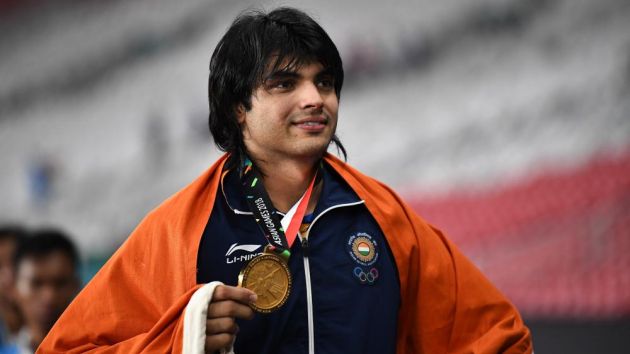 JSW Sports, the sports arm of the US$12 billion JSW Group conglomerate, is putting into place a sports ecosystem to match its global peers, including a new sports institute.

“So the Institute for us is not a commercial venture, it is our corporate social responsibility venture that we are committed towards and want to continue supporting for Indian Olympic sport to grow,” said Ghouse.

“We currently have about 160 athletes that are training there full time, we of course want to take that up to 300. We’re also extending our footprint by setting up feeder centres in different parts of the country, we will have three feeder centres in the next few months, we would have had them by now, but for the terrible current Covid-19 scenario.”

Spread over 42 acres in Vijayanagar, Karnataka, IIS is a unique initiative led by JSW and brings together 23 corporate donors who are collectively funding the operations of the institute through CSR funding.

As a former professional tennis player and Asian Games bronze medalist, Ghouse understands the demands and needs of Indian athletes, as he helps mentor them to step up onto the international sports stage. He also realises the need for strong commercial revenue generating businesses to support the firms ambitions.

“On the flip side, when you’re talking about the teams, then yes, it’s an out and out commercial venture where the balance sheet is extremely important.

“We are structured to look towards sales, revenue targets, to fund the team and to make sure that the team grows, and we can provide for it.”

“Obviously the IPL is at the top of that pyramid, it is the be all and end all when it comes to franchise sport in India, the Pro Kabaddi League comes second in a financial sense even though it’s only getting into its eighth season, we’re starting to see a lot of financial viability, with that league as well,” he adds.

Developing the football business he says is a longer term process, “That is probably the case in other countries where leagues can take years before they turn the corner commercially. I don’t think that’s very different for us here in India as well,” Ghouse says.

“Initially for us it was very performance driven in terms of the management systems and software that we’re using for the coaches and training teams to get the best out of the athletes in terms of injury management recovery, all those aspects.”

The firm is now quickly moving into developing its own sports tech, in particular technology attuned to Indian physiology.

“We’ve done a collaboration with an Indian accelerator programme out of Delhi and we’re going to collaborate with them to mentor a handful of startups in the sport sector to see how we can help with our knowledge and experience to move them faster along their journey.”

“I think we’re just getting started with this sports story in India, it’s going to be huge and we’re extremely bullish about it. Across the board, whether you’re talking sports tech, eSports or we’re talking about conventional franchises, and I am extremely keen to see this, unfold.”