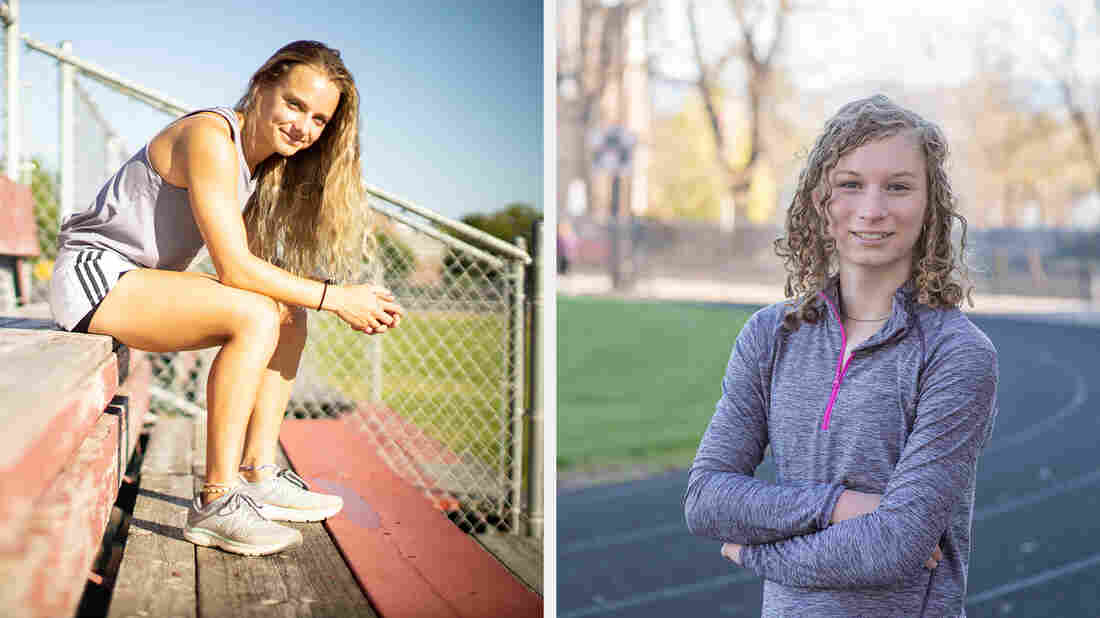 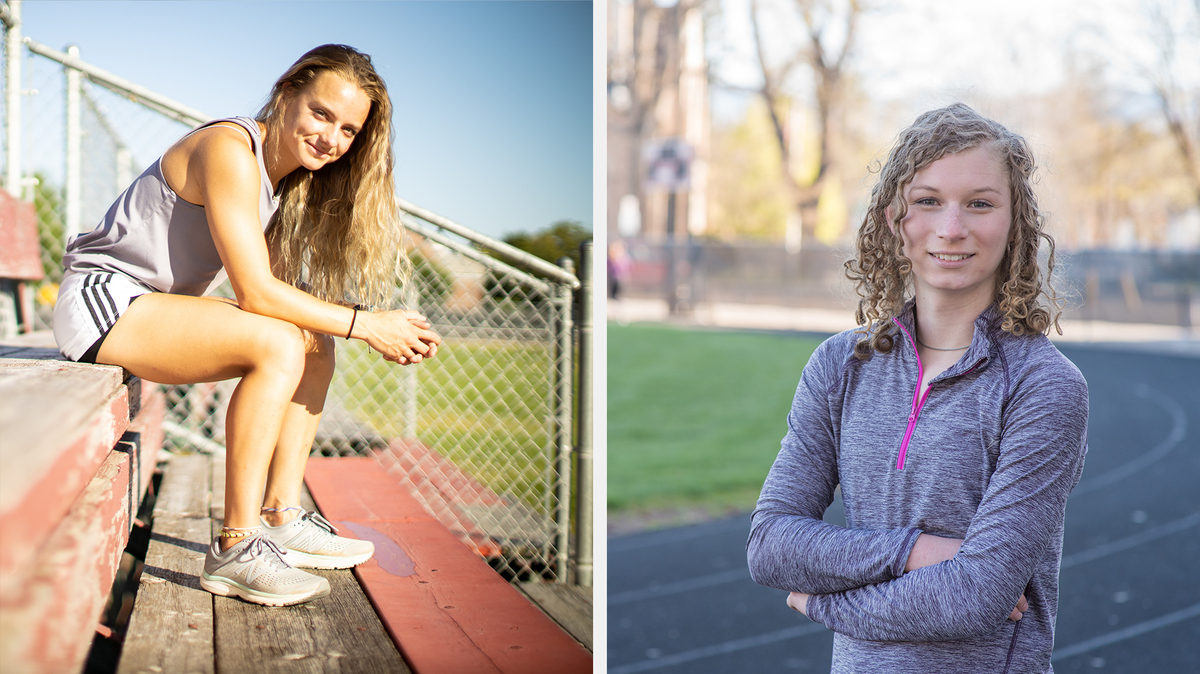 Do transgender women and girls have a constitutional right to play on women’s sports teams? That question will be argued before the 9th U.S. Circuit Court of Appeals on Monday.

For plaintiff Lindsay Hecox, a student at Boise State University, the answer to that question is clear. She is transgender, and Idaho’s law, if upheld, would prohibit her from competing on women’s teams.

“I’m just a 20-year-old girl, and I just want to be able to compete,” she says. “It was just so blatantly wrong for politicians to legislate this.”

But 19-year-old Madison Kenyon, who is cisgender, takes the opposite view. She runs track and cross-country at Idaho State University, and signed on as a party in the case, asking that Idaho’s law be upheld.

“To step on the field and have it not be fair and to get beat by someone who has advantages that you’ll never have, no matter how hard you train — it’s so frustrating,” Kenyon says. “What I’m fighting for is to preserve the integrity in women’s sports and to make sure that it’s a fair playing field.”

A flurry of state laws

Idaho’s Fairness in Women’s Sports Act, signed into law in March 2020, would categorically prohibit transgender women and girls from kindergarten through college from competing on teams that align with their gender identity, including on intramural and club teams.

That law never went into effect. U.S. District Court Judge David Nye issued an injunction last August, writing that the plaintiffs who challenged the law are “likely to succeed in establishing the Act is unconstitutional as currently written.”

The outcome of this case is seen as a bellwether for the numerous other transgender sports bans that have been approved around the country this year. 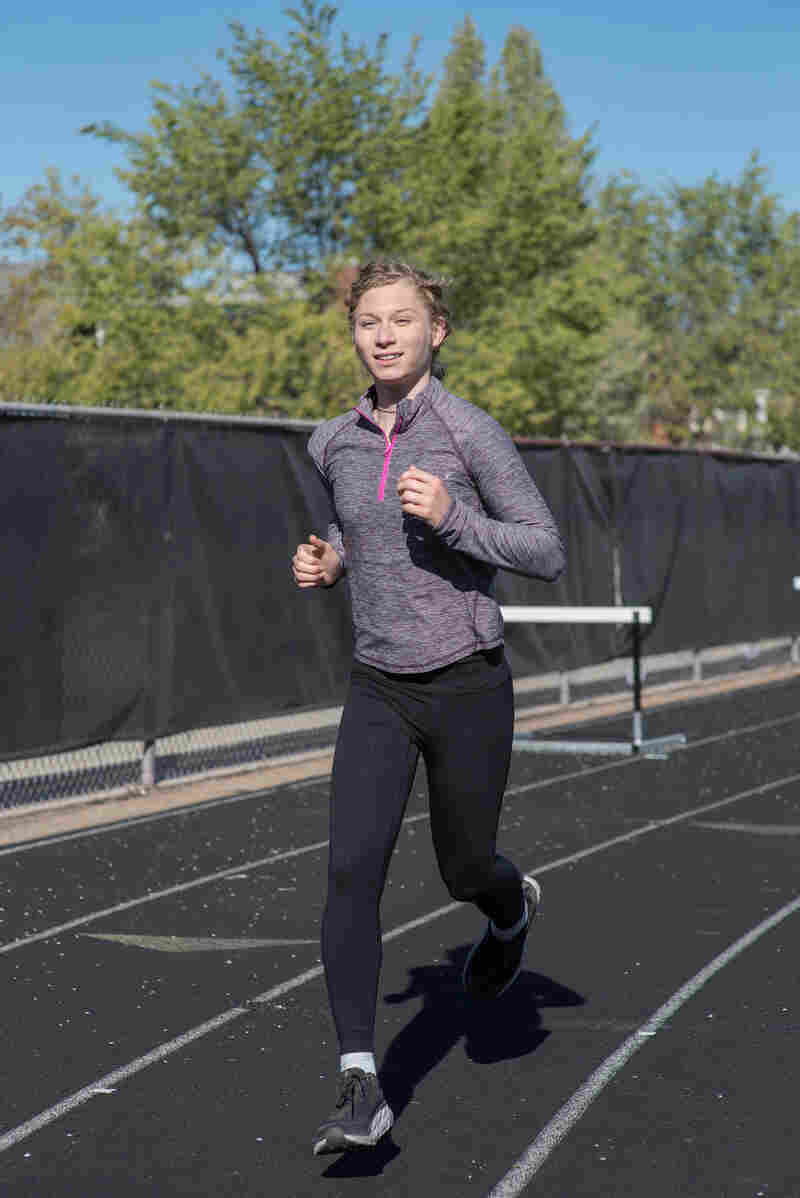 “I’m just a 20-year-old girl, and I just want to be able to compete,” Lindsay Hecox says. “It was just so blatantly wrong for politicians to legislate this.” Joshua Roper/ACLU hide caption

“Think about us as real people”

The Idaho case before the federal appellate court is Hecox v. Little.

Little is Brad Little, Idaho’s Republican governor, who signed the legislation. Lindsay Hecox signed on as plaintiff, she says, because “it would have been terrible to not take the opportunity to fight for something that I believe in.”

“I know I’m not as fast as I used to be,” she says. “And when they have that presented to them and they still don’t want me to run, it’s just downright exclusionary. I don’t know how else to convince someone if they still think I have an advantage that’s not there.”

Hecox hopes the judges hearing the appeal will “think about us as real people,” she says, adding, “I think trans people can be such a bogeyman sometimes.”

A debate over physical advantage

The group’s legal counsel, Christiana Holcomb, frames the Idaho law in the context of Title IX, the landmark 1972 law that prohibits sex discrimination in education.

“We’ve had women’s sports as a separate category for nearly 50 years and have had no issues being able to determine who and what a woman is,” Holcomb says. “We want to ensure that we protect women based on their sex, so that they have those opportunities Title IX was designed to provide them.”

“It only takes one biological male competing in women’s sports to take the state championship title,” Holcomb says. “It only takes three to knock women off the podium altogether.”

However, in his ruling blocking Idaho’s trans sports ban, Judge Nye knocked those arguments down. It remains a matter of “significant dispute,” he wrote, whether “transgender women who suppress their testosterone have significant physiological advantages over cisgender women.”

What’s more, he wrote, the notion that transgender women athletes are robbing their competitors of victory is not supported by the facts.

“The Proponents’ failure to identify any evidence of transgender women causing purported sexual inequality other than four athletes (at least three of whom have notably lost to cisgender women) is striking,” Nye wrote.

Nye also noted that Idaho’s categorical ban on transgender women athletes “stands in stark contrast to the policies of elite athletic bodies that regulate sports both nationally and globally” — including the NCAA and the International Olympic Committee.

The humiliation of sex verification

Under Idaho’s law, if the sex of a female athlete — whether transgender or not — is disputed, they would be subject to sex verification, a process Nye called “potentially invasive” and “humiliating.”

Chase Strangio, deputy director for trans justice with the American Civil Liberties Union, says the law “imposes upon all women and girls the threat of intrusive and burdensome sex verification and dispute procedures that simply cannot be squared with the Constitution.”

“I think we’ll ultimately look back on this chapter and see it for what it was,” Strangio says, “which was fear driven by misinformation and just simple confusion about a subset of women and girls who are already facing so much discrimination and just want to play sports with their peers.”

“Some have labeled these as transgender bills, falsely so. I don’t see that at all,” Ehardt says. “This legislation, it doesn’t care how you identify. That’s the beauty of it. You can identify however you want. This is all about sex, because in the arena of sport, one’s biological sex matters. It just simply does. You can’t get around that.”

After her bill passed, Ehardt testified before other states’ legislatures in support of bills with language that closely mirrors Idaho’s law.

“I’ve been pleased to see how many other states this year have followed, and many of them using the exact legislation or maybe slight deviations of what we did here in Idaho,” Ehardt says.

With such an uneven landscape emerging from state to state, parties on both sides promise more legal challenges to come. University of Toledo political science professor Jami Taylor, co-author of the book The Remarkable Rise of Transgender Rights, is among many who expect this question will ultimately be resolved by the courts.

“It’s not unusual for morality politics-related policies to just spread across the country like wildfire,” Taylor says. “And we’ve seen that, to some extent. The question is how long the courts are going to allow us to have this sort of patchwork in the states.”