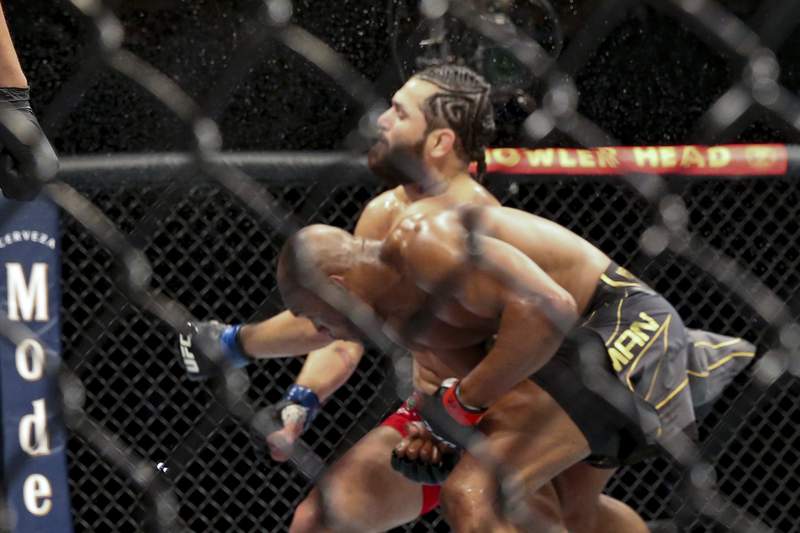 UFC 261 returned a sense of normalcy to the sports world Saturday night with one of its craziest events in years. Billed as the first full-fledged sporting event since the coronavirus pandemic altered the world more than a year ago, it delivered more than even its staunchest promoter imagined.

“I don’t think it gets any better than tonight,” UFC President Dana White said. “You couldn’t have a better night. … It was amazing. The crowd was amazing. The fights were amazing. … There’s just a different energy you get when people are here. It was insane.”

Kamaru Usman ended the event by winning his 18th straight bout and retaining his welterweight belt. Usman knocked out Jorge Masvidal with a right punch to the jaw early in the second round, silencing a pro-Masvidal crowd.

Usman’s knockout victory was his third in his last four fights, further showcasing his impressive versatility and an ability to adjust tactics during bouts. The former NCAA Division II wrestler had only one knockout victory in his first 10 UFC fights before he stopped Colby Covington, Gilbert Burns and Masvidal with punches in the past 18 months.

Usman’s 18 consecutive MMA victories include 14 straight wins since joining the UFC in 2015. Only Anderson Silva’s streak of 16 straight UFC wins is longer in the promotion’s history.

“He’s one of the best ever. He’s an absolute stud,” White said. “You’re an idiot if you think this guy is boring.”

Scaled-Down Sports Memorabilia Show Has Memorable Moments – OCNJ Daily
ABC’s ‘Wide World of Sports’ debut 60 years ago. It would go on to change sports television as we know it – Boston.com

Sports Gambling Is a Disaster…