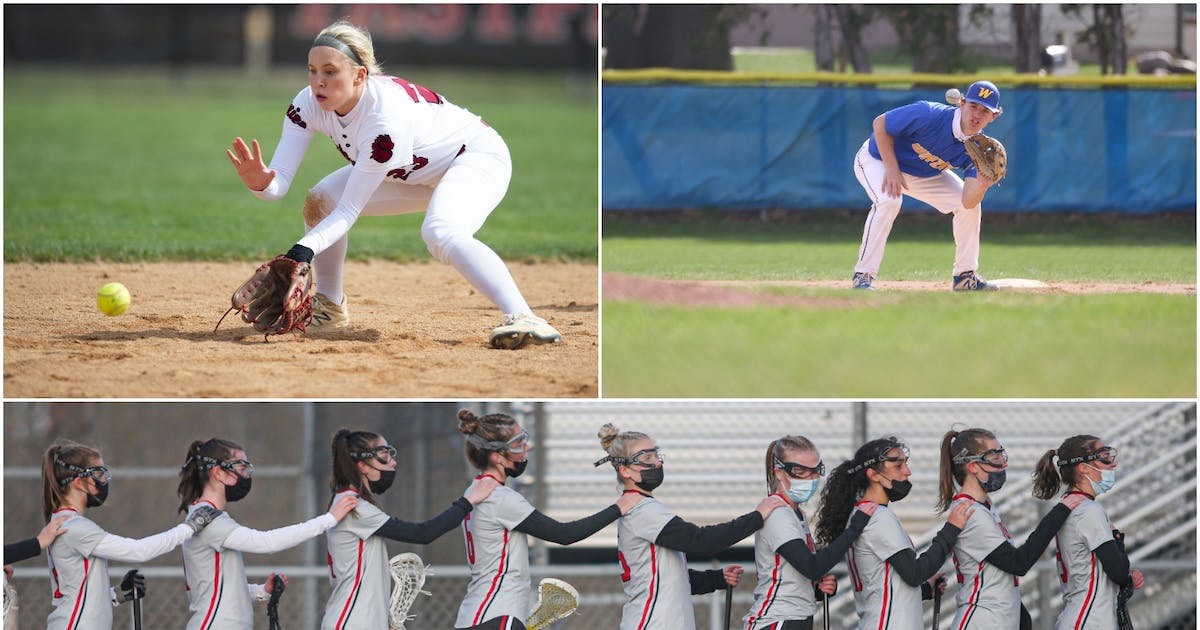 They were the lost sports of 2020, forever denoted by an asterisk meaning “did not play.” The pandemic shut down Minnesota high school baseball, softball, lacrosse, track and field, golf and tennis seasons last spring before they ever got started.

Fueled by the absence, all are well into this season already, though lacrosse bears scars of losing some “casual players.”

Top players in baseball and softball areback after spending offseasons honing skills in and out of their sport.

Junior Drew Berkland stood on the Target Center floor nearly two weeks ago with a huge smile on his face, his index finger raised indicating “We’re No. 1.” Wayzata had just won its first boys’ basketball state championship since 1959.

More than 16 months earlier, Berkland did likewise at U.S. Bank Stadium, celebrating the Trojans’ Class 6A football state championship. It was the program’s fourth state title and first since 2010.

“I have been fortunate enough to do it twice now,” Berkland said. “It’s a surreal feeling, seeing all the hard work my teammates and I have put forward pay off. We put in a lot of hard hours to reach those goals.”

The three-sport athlete is one title from a triple crown of state championships. The one he seeks happens to be his No. 1 passion — baseball.

Stillwater softball reunites after teammates make most of lost season

It wasn’t the actual softball that was missed when the 2020 high school spring sports season was canceled.

At Stillwater, it was everything that went along with it.

With the 2021 season well underway, those who missed out on playing for the Ponies last year are set firmly on the immediate future, intent on using the lost season as both motivation and a path of appreciation.

Last season was supposed to yield another strong Stillwater run at a state championship. The Ponies jelled in the postseason in 2018, winning the Class 4A title with nine consecutive victories after a 7-12 regular season. A year later they came within a run of winning their second consecutive championship.

With many of those players back in 2020, another dash at a title was expected.

A reduction in the number of teams within traditionally powerful lacrosse programs this season reflect the pandemic’s lasting scars. B-squad teams are scarce. Some JV teams folded. A few programs formed a cooperative to produce a full varsity roster.

These are not just problems for programs on the fringe before coronavirus took hold. From the Prior Lake boys, state champions in 2016, 2018 and 2019, to the Eden Prairie girls, participants in 12 of the first 13 state tournament title games and five-time winners, the pain is widespread.

“The lacrosse community sees it and we’re bummed about it,” said Prior Lake boys’ coach Casey Mithun, whose program is down 10 players this season, creating a situation where he decided to dress three teams instead of four. “It’s something we’re all battling through.”