THE Australian General Synod meeting, due to be held in Queensland at the end of May, has been postponed because of the danger that sudden state border closures, due to Covid outbreaks, might affect attendance, writes Muriel Porter. The meeting was originally to have been held last year, but was deferred because of the pandemic. In a letter to Synod representatives, the Primate, the Most Revd Geoffrey Smith, Archbishop of Adelaide, said that continuing restrictions would prevent some members from attending an in-person Synod. A virtual meeting was considered, but was decided against. The next meeting will now be held at some time in 2022, when a main item for discussion is expected to be the blessing of same-sex marriages, and particularly the Appellate Tribunal’s recent majority decision that blessing liturgies agreed by the dioceses of Wangaratta and Newcastle were not unconstitutional. The last Synod was held in 2017; it usually meets every three years.

THE Holy Synod of the Orthodox Church of Cyprus has called for the withdrawal of the country’s entry into the 2021 Eurovision song contest — “El Diablo” — saying that the song “essentially praises the fatalistic submission of humans to the devil’s authority”. In a statement, the Synod said that it had received thousands of complaints about the song and its lyrics – “I gave my heart to el diablo. . . because he tells me I’m his angel” – ahead of the competition in May. It came after a man was arrested after verbally accosting employees outside the Cyprus Broadcasting Corporation’s news department in protest at the “blasphemous” song. The broadcaster has defended the song, which it said was about a love affair, not intended to insult religion, and would not be withdrawn. The Synod said, however: “Whichever explanations are given about the lyrics of the song, they don’t send the most ideal messages which must be sent from a semi-occupied homeland that struggles for freedom and to prevent its complete subjugation.”

THE continued detention of an Iranian church leader, Yousef Nadarkhani, is arbitrary, the United Nations Working Group on Arbitrary Detention has concluded in an opinion document published last month. Mr Nadarkhani was one of four Christians arrested in Rasht in May 2016 during a series of raids. They were sentenced to ten years in prison on charges of “acting against national security” by “promoting Zionist Christianity” then released on bail pending an appeal. In 2018, the sentences were upheld, and they were rearrested and imprisoned. “Through much of his life, he has been the target of religious discrimination, for which he has been arrested, tried, and imprisoned on several occasions,” the UN document states. “The deprivation of liberty which Mr Nadarkhani has suffered has no legal basis on which it can be justified, which renders his detention arbitrary.” The UN officer for Christian Solidarity Worldwide, Claire Denman, welcomed their conclusion and the call for Mr Nadarkhani’s immediate release.

AN INDEPENDENT inquiry commissioned by the Roman Catholic Church in France to investigate institutional child abuse has suggested that there may be as many as 10,000 victims and survivors. The head of the inquiry, Jean-Marc Sauve, told a press conference this week that the previous estimate of 3000 victims last June was “certainly an underestimate” and that it was possible that the figure was at least 10,000. A hotline set up in June 2019 for victims and witnesses to report abuse received 6500 calls in the first 17 months of operation. “The big question for us is ‘how many victims came forward?’” he said. “Is it 25 per cent, ten per cent, five per cent or less?” 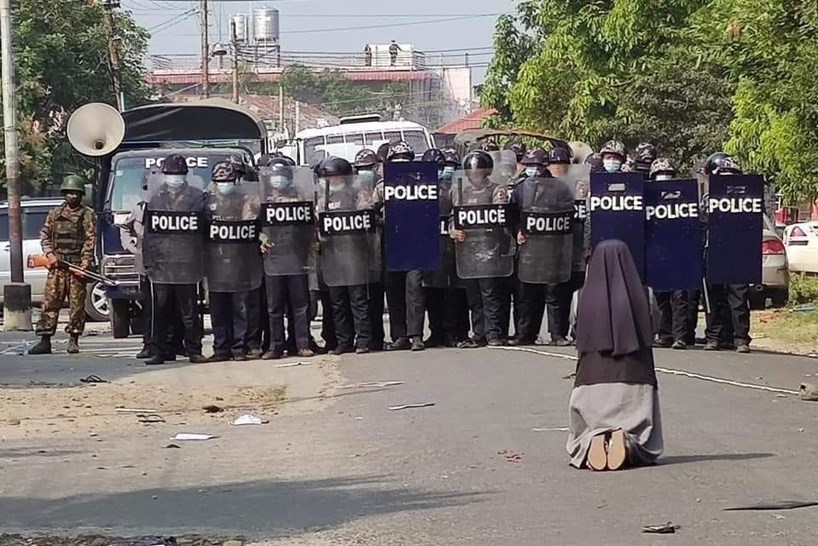 TwitterNun’s plea: Sister Ann Nu Thawng, of the Roman Catholic Missionaries of St Francis Saverio of Myitkyina, kneels in front of police officers in Myanmar to pray for an end to violence against protesters since the military coup (News, 4 February). Dozens have died in clashes with police

News of the World phone hacking: Noel Fielding latest to win damages – The Guardian
Indoor and Outdoor Youth Sports to Be Allowed in California After Settlement Reached – NBC San Diego