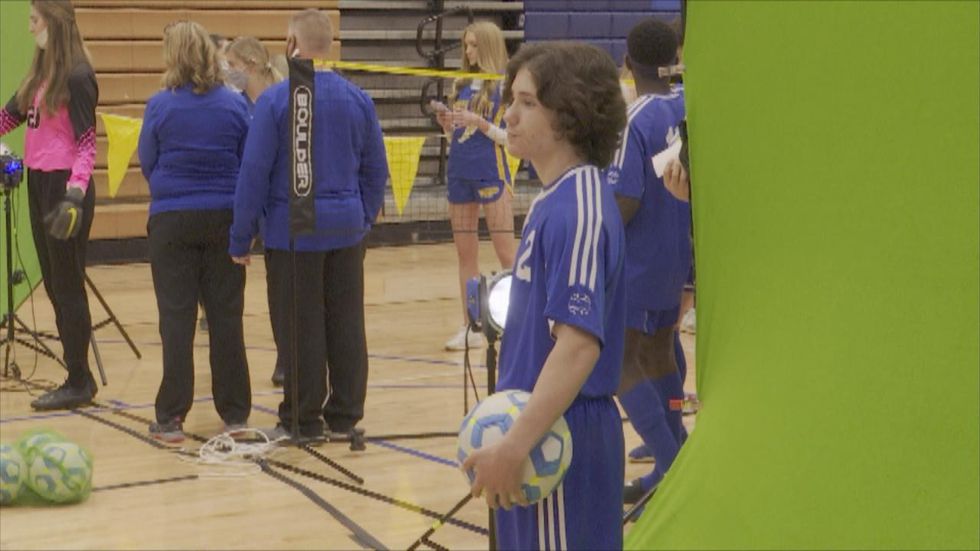 NORTH PLATTE, Neb. (KNOP) – The beginning of the Spring athletic’s season was celebrated today at North Platte High School. Athletes and coaches took photos and spoke with the media, on a week where several programs are set to return to action. We chatted with players and coaches from each sport and this is what they had to say:

The Lady Bulldogs will take the field on Thursday for a contest against Lincoln Southeast and by the sounds of it, they’ll be ready to go.

“We’ve got some tremendous soccer players, some great athletes. [They’re] real coachable girls out there that I think have quite a big fire lit underneath them,” said Head Coach Sarah Kaminski.

Gracie Haneborg plans to bring some of her skills on the basketball court to the soccer team.

“I want to teach other people my way of thinking, I think the same way on the soccer field as on the basketball court. I think those two sports are really similar,” said Haneborg.

“I think we’re all very happy that we’re going to have a season this year, we’re all very positive heading into [competition],” added Senior Abby Orr.

The NPHS girl’s tennis team will also begin competition this week, hosting a doubles invite on Friday. Expect to see many new faces on the team this season:

“This year I think is going to be a little bit different. We have twenty eight girls who have never seen a high school match before,” said Head Coach Danielle Blake.

A record turnout for the team presents an exciting opportunity for the group.

“This is definitely our biggest season of girls that we’ve had so I think going out and just really seeing the overall growth from the girls is what we’re looking for, but still being able to compete at that higher level,” added Blake.

Both Track and Field teams boasted talented groups last year, leaving the coaches to lament the cancelling of the season. Still, the excitement is palpable for competition to begin again soon.

“I’m looking forward to it, it feels like it’s been forever. I think we’re going to have a really solid year, so I can’t wait for the meets to get started and see what we’ve got,” said girl’s coach Cory Dosland.

“We felt like we had a great team that could have gone to State last year but we have some really good guys coming back this year,” said boy’s assistant coach Jimmie Pack.

When asked if the cancelled season adds some extra motivation for this year’s athletes Pack added, “I think for our seniors it certainly does. I know they got together over the summer to train and they’re ready to go.”

“I feel excited, I think it’s going to be a good game. We have a good shot against them and it should be a nice home game,” said Collin Manzano of the team’s upcoming contest.

Head Coach Danny Whitney offered this on the team’s thought process entering the season, “the mindset right now is to make sure we’re having a good time and enjoying being outside and also preparing to be as competitive as we can.”

“We’re a big family in all of our sports really at North Platte High School. It’s just a big family thing and we’ll take anyone in to get better and do the best thing for the team,” said Ruffin.

The boy’s golf team returns to the links this spring led by seniors Kasch Morrison and Blake Barner.

“I’m just looking forward to actually being able to play this year. We have a lot of new guys and I think it should be a good season,” said Barner.

“We have a great program, Coach Orcutt is amazing, I want to make it to State individually and hopefully we can make it as a team as well…I’m hoping to pass some good qualities along to my younger teammates and help them out however I can,” added Morrison.

In his three decades with the school, Head Coach Jim Orcutt has instilled a winning culture into the Bulldog Golf Program.

“When I first came, we thought we couldn’t compete with the teams in the East and that just really bothered me a lot. It took quite awhile to get rid of that attitude and now I think that’s kind of gone by the wayside,” said Orcutt.