How Etan Thomas became a ‘natural’ in sports media…

Get the latest Syracuse news delivered right to your inbox.
Subscribe to our sports newsletter here.

When Etan Thomas was a freshman at Syracuse in 1996, he read an article questioning SU’s decision to recruit him. Disheartened, he was approached by a veteran on the team, Otis Hill, who said, “The media are not your fans, and the fans are not your friends, and both will turn on you in the blink of an eye.” That made Thomas realize that if he was going to go into media, he would want to do it differently. He finished his four-year career with 1,340 points and was drafted 12th overall.

Later in his career, then with the Washington Wizards, a journalist from The Washington Post wrote an article disagreeing with Thomas’ views on the Iraq War. Thomas said he felt as if the reporter was mocking him. He sent an open letter to the editor clarifying his views that was later published.

During his NBA career, Thomas shared his views when he wasn’t on the court through writing and slam poetry, according to Dave Zirin. Zirin, who now co-hosts the podcast and radio show “The Collision: Sports and Politics” with Thomas, said that he was like the Michael Jordan of slam poetry when he was on stage.

Thomas retired from the league in 2011, but his voice and influence in the sports world continues in the mediascape. He’s part of a new-age of player-led sports media, giving voices and platforms to players that may not have that chance otherwise. Thomas has always been political, and he shares his voice through a multitude of written works and podcasts.

“The combination of the knowledge of a former player, with the ability to speak that he’s trained himself to do by being a poet,” Zirin said. “You can look at those two factors combining to make him very effective in media.”

Alex Kennedy, who helped start BasketballNews.com, has known Thomas since he was a columnist at HoopsHype. While he was still playing for the Oklahoma City Thunder in 2009, Thomas started writing columns for HoopsHype, focusing on changes that should be made in the NCAA and NBA. Thomas was one of the first NBA players to actually speak out politically and tell his own story, Kennedy said.

“At that time, it was rare to see an athlete who was so outspoken,” Kennedy said. “Back then, many professional athletes avoided any polarizing topics, but Etan was constantly sharing his beliefs and trying to effect change.”

Moments when Thomas felt misunderstood influenced him to use his platform to give players a chance to speak about themselves and “clear their name.” He started a podcast in October 2020 called “The Rematch” for BasketballNews.com, giving ex-players the ability to speak beyond what they do on the court and retell stories from their points of view.

The podcast’s latest episode featured former NBA player Mahmoud Abdul-Rauf as the guest. Thomas called it one of the most important interviews he has ever done, as he had seen how Abdul-Rauf was “white balled” during his time in the league and ridiculed for standing and praying during the national anthem. 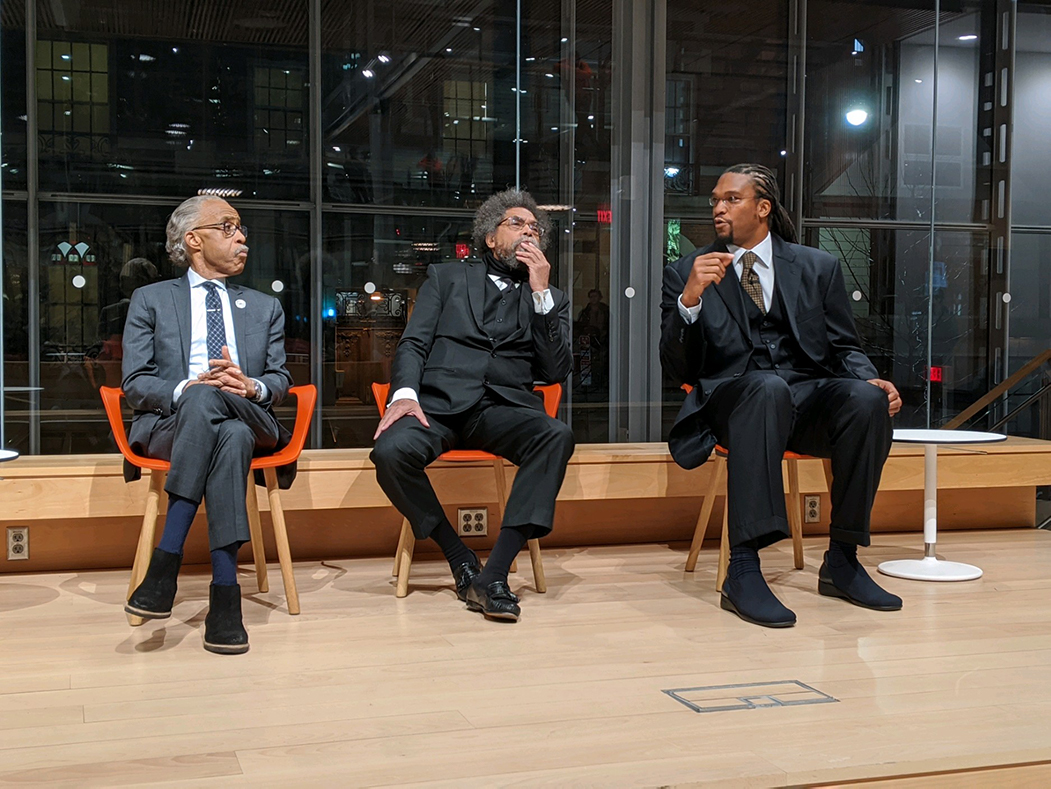 In his time at Syracuse, Etan Thomas said he felt criticized, often without any basis. He went into media to do it differently. Courtesy of Etan Thomas

“They acted like he was burning the flag at mid court before tip off,” Thomas said. “He was (Colin) Kaepernick before Kaepernick.”

Thomas and Zirin’s show also gives a platform for ex-players to share their stories of their personal identity intersections. Zirin said one of the most pressing interviews the two had was with former Duke player and now associate head coach Nate James. James spoke about an experience where he was pulled over by the cops, and when the police officer realized that he had pulled over a basketball player, he put the gun away.

World News at a Glance | Nyt Main | benningtonbanner.com – Bennington Banner
Sports Are Returning to Normal. So Is Their Role in Political Fights. – The New York Times