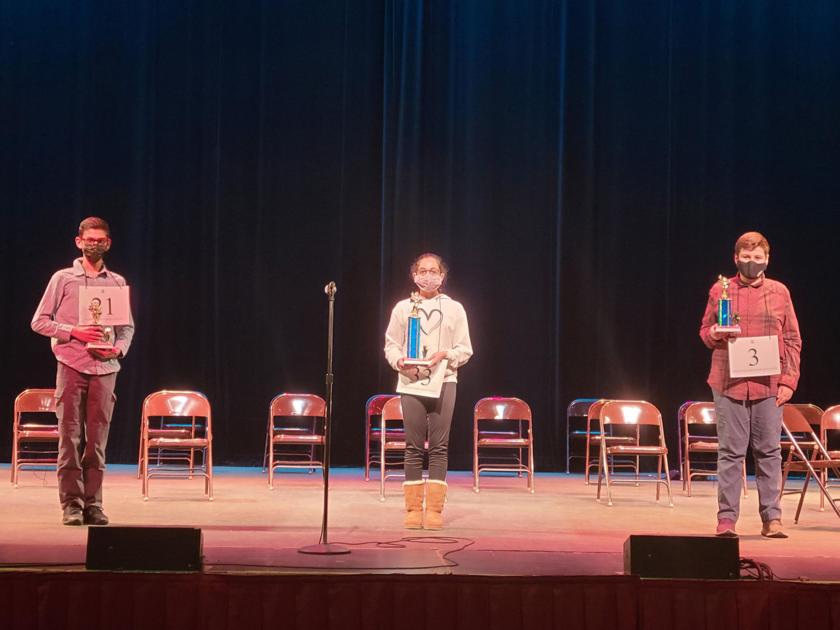 Sindura Sridhar from Wilson Southern Middle School in West Lawn is the champion of the Diamond City Regional Spelling Bee sponsored by Diamond City Sports. Her winning word was “pervasive,” meaning existing in or spreading through every part of something.

Spellers competed at the F.M. Kirby Center on March 7. Kevin Sickle, president of Diamond City Sports, served as pronouncer for the competition, and the judges who tracked every word and verified spelling accuracy were Erika Jacobs, Valerie Monick, James Fedor and Jessica Sivick.

Sridhar now advances to compete in the 2021 Scripps National Spelling Bee. In addition to qualifying for the national finals, Sridhar also wins The Samuel Louis Sugarman Award, a 2021 United States Mint Proof Set provided by Jay Sugarman, chairman and CEO of iStar Financial, in honor of his father. Sridhar will receive the prize in the summer. She also will receive a one-year subscription to Britannica Online Premium, a one-year subscription to Merriam-Webster Unabridged Online, the official word source for all levels of competition for the Scripps National Spelling Bee, and a championship trophy.

“This year’s competition posed some unique challenges that these students were able to overcome,” said Sickle. “It was a very good contest, especially toward the end, as three students battled for the championship.”

This is the first year Diamond City Sports has sponsored the regional spelling bee event. The competition encourages students to set goals and dedicate time to study and prepare. Participation also provides an opportunity for students to gain experience in public speaking and performing under pressure.

The Scripps National Spelling Bee reaches millions of students across the country and in other parts of the world. The purpose of the spelling bee is to help students improve their spelling, increase their vocabularies, learn concepts and develop correct English usage that will help them all their lives.