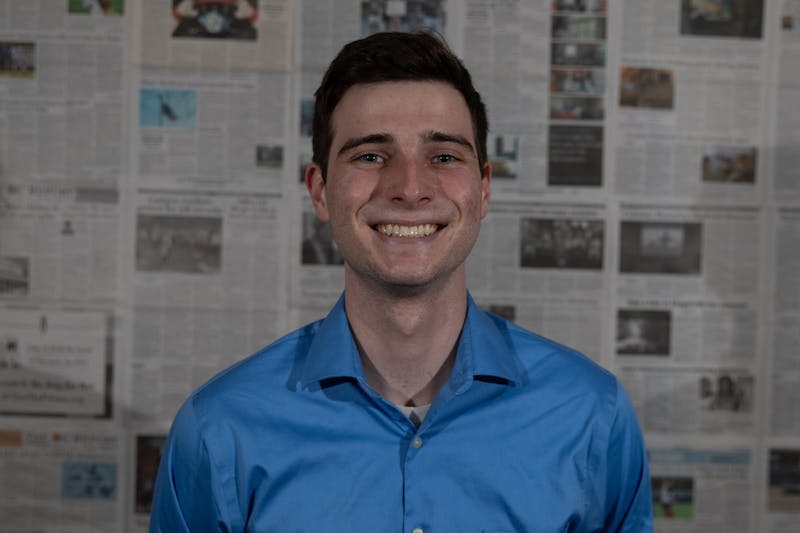 Any sports fan will understand the rush of euphoria that comes with a mid-March push notification.

With the NCAA basketball postseason typically in full swing, seeing two sirens accompanied by all caps often leads to an impossible buzzer-beater or stunning upset that will be etched in your memory for years to come.

The notion felt nearly impossible. Sure, rising COVID-19 concerns forced the NBA to suspend its season a day earlier, and it was already announced that NCAA Tournament games would be held without fans, but getting rid of the Big Dance altogether? That took the March sadness to an entirely new level.

At first, I was frustrated that my annual rite of passage was being taken away from me. But, as the pandemic worsened and so many people dealt with loss, grief and uncertainty, I realized that some things were more important than not being able to watch a senior hit a running floater to advance his team to the Sweet 16.

As the months progressed, live sporting events became more and more of a distant memory. In late May, however, a glimmer of hope arose when NBA Commissioner Adam Silver announced a tentative plan to resume the season at some point in the summer.

Many of the details — including forming a “bubble” to host games — seemed unfamiliar, but after doing nothing but random Sporcle quizzes for what felt like an eternity, I was going to buy whatever Silver was selling.

Finally, in late July, the NBA came back. Over the next few months, not only did the league provide an entertaining escape to all that had transpired, but also showcased a public health success story that the nation so desperately needed. In the three months that players isolated in Orlando, Florida, there were no new coronavirus cases at a time when the virus seemed increasingly unbreakable.

Such a breakthrough demonstrated that sporting events could be conducted in a reasonably safe fashion, which soon led to the return of college sports. Although COVID-19-related issues have led to challenges for a number of programs, the overall efficiency of the fall and winter seasons have given promise to the spring that lies ahead.

Now, the aforementioned obstacles — such as contact tracing and quarantining — confirm that the pandemic sports model is far from perfect. Still, some aspects have been a pleasant surprise, and should even be considered after everything is completely normal once again.

First, let’s give an ode to Zoom.

Feeling sick, or simply can’t show up to an event? Don’t worry, there will be a Zoom link waiting. There’s no reason to risk spreading an illness so you can ask Roy Williams how the team improved its free throw shooting.

On a less serious note, the distanced bench is also a thing of beauty.

While there is something nostalgic about seeing 20 people crammed together to watch a big play unfurl, it’s even more refreshing to see a student manager mimic a filthy Euro step with all of the space in front of him.

Slowly but surely, sports are looking more like they used to look. This past weekend, over 3,000 fans filed into the Dean E. Smith Center to watch the latest chapter of the UNC-Duke rivalry.

Although the masks and socially distanced seating are reminders of the time we’re in, the raucous cheers the fans provided was a refreshing jolt of optimism that signified that perhaps there is a light at the end of the tunnel.

In the next few weeks, many spring programs will begin their seasons, and the NCAA postseason will be well underway. But as soon as you get the urge to frown at the image of a stadium below its max capacity — or other safety measures that must be considered — simply appreciate the present, because as we all know it can be taken away in a flash.

To get the day’s news and headlines in your inbox each morning, sign up for our email newsletters.