All the World’s a Stage – Ole Miss News

All the World’s a Stage – Ole Miss News 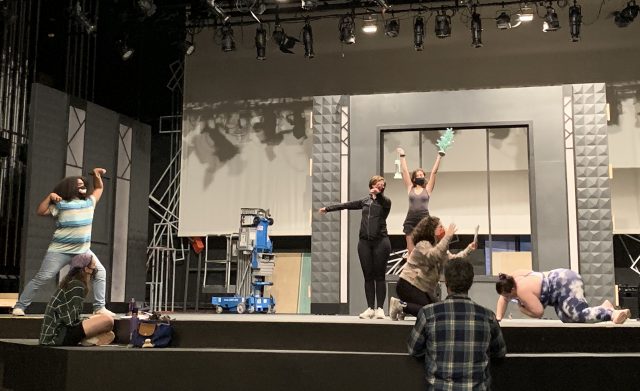 OXFORD, Miss. – To safely bring theater to the public in the time of COVID-19, the University of Mississippi Department of Theatre and Film is using ingenuity to put a modern spin on a classic idea. 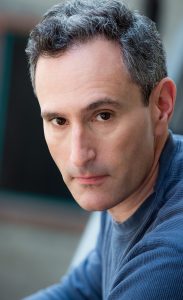 “When we began to look at what the possibilities were, thinking about the pandemic world we’re living in right now and the difficulty of having an audience, I thought, ‘Well, if we can do something outside, maybe now is the time to do it,’” said Dan Stearns, assistant professor of acting and the director of the production.

The performances also will include nods to certain similarities between our time and Shakespeare’s.

“I am always wary of trying to make Shakespeare ‘relevant,’ but I thought it would be interesting to include some satire or commentary on how we live now: masks, distancing, temperature checks and so on,” he said. “It’s worth remembering that Shakespeare and his audience knew what this was about – the theaters were closed due to plague several times during his life.”

The free performances will take place on campus and across Lafayette County on select dates from March 25 through April 20. Some dates will feature an hour-long run of several scenes, and on others, individual scenes will be performed at different locations within a given area.

Featured plays are “Much Ado About Nothing,” “Twelfth Night,” “Romeo and Juliet,” “A Midsummer Night’s Dream” and “Measure for Measure.” Confirmed locations include the Grove, Lamar Park, Oxford Community Market and Plein Air in Taylor.

“The students seem excited about it,” continued Stearns, who has a background in Shakespearean performance, having earned his Master of Fine Arts from the Shakespeare Theatre’s Academy of Classical Acting at George Washington University. 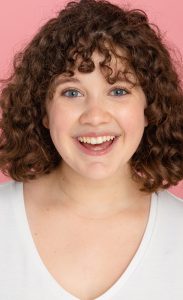 Madeline Colombo, a junior integrated marketing communications major from Mandeville, Louisiana, will play Quince in “A Midsummer Night’s Dream,” a play she appeared in as a high school freshman, though she did not have a speaking part.

“I do love Shakespeare, and I like reading it any chance I get,” Colombo said. “I’m really excited to get to dive into it. And Dan is such an expert on this, it makes it really fun.”

Colombo noted that performing outdoors and in locations of different size would be challenging.

“You have to fill up that space,” she said. “Luckily, I’m a pretty loud person, and I know how to project.”

Colombo believes her communications major and her love of theater are complementary, and she said she often uses aspects of one in the other, and vice versa.

“I know how to talk to people who might communicate differently than me, and that’s something that’s extremely beneficial,” Colombo said. “As cliche as it is, communication is everything. If you cannot communicate concisely, and clearly and effectively, you’re never going to get anything done.”

Senior Jaslyn Ballansaw, of Jackson, who is in the department’s acting for stage and screen program, will play Beatrice from “Much Ado About Nothing” as well as Juliet. Ballansaw is taking a Shakespeare class this semester, which she said has been helpful for her performance. 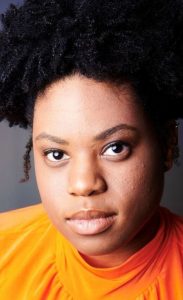 “We’ve been looking into verse and scansion, breaking down and dissecting the words of Shakespeare,” Ballansaw said. “Once you understand what is being said, it really is easy to translate it into a normal style of acting.

“That’s the biggest thing for me: trying to get the language right, make sure I’m pronouncing the words right, and saying it in a way that others can understand.”

Ballansaw is looking forward to the challenge of performing outdoors – especially in situations where the audience may be unpredictable.

“There are going to be a lot of distractions, so just staying in character and learning how to maneuver with that; I think that’s interesting,” Ballansaw said, adding that it could be fun if the crowd tries to interact with the performers.

Ballansaw also appeared in last semester’s “Near/Far” – an original work of mask theater developed and produced remotely. That piece was one of two the department conceived as a way to keep artists and audiences safe while still making theater; the other was a series of original radio dramas called “Listening in the Shadows.” 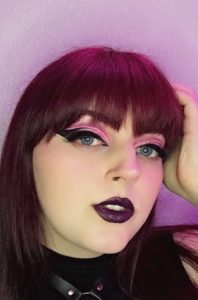 As far as what audiences can expect from this experience, the hope is that while people are encouraged to show up for specific performances, many will be taken by surprise when a performance begins.

And this is not “high theater,” with elaborate sets and costumes. The actors are essentially portraying students who spontaneously decide to recite some favorite scenes. They will be dressed in street clothes and carrying backpacks, appearing as if they have gathered to study, for example.

The backpacks will contain simple, emblematic costume pieces, the donning of which will signal the transition into a performance.

Emily Brauen, a senior design student from Kiln, is creating some of the accessories that actors will use to transform into their characters. The design process for this production was unusual because they’re not designing fully fleshed-out characters like audiences might expect to see in a traditional staged performance, Brauen said.

“The characters are actors pretending to be actors; the whole set-up is essentially a traveling troupe,” Brauen said. “So maybe they just found a bunch of costume pieces from some old theater, or they found these accessories that they just happened to have, and they’re just making it work. 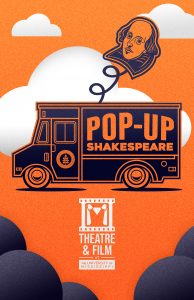 ‘Pop-Up Shakespeare,’ which runs on selected dates and locations from March 25 to April 20, combines the time-honored tradition of staging Shakespeare’s plays outdoors with the spontaneous, fleeting nature of trendy pop-up events.

“There’s a character in ‘A Midsummer Night’s Dream’ who’s wearing this over-the-top king’s tunic that isn’t necessarily perfect, but within our narrative, it makes sense that someone could just grab this garment and put it on for this character.”

The first set of performances will take place Thursday (March 25) during lunchtime at several locations on campus, including the Student Union Plaza and outside the J.D. Williams Library.

Additional dates and times include Lamar Park at 2 p.m. March 27; the Grove Stage at noon March 31, 5 p.m. April 7 and 2 p.m. April 14; Plein Air in Taylor at 6 p.m. April 15; and the Oxford Community Market at the Armory Pavilion at 4 p.m. April 20. An additional performance is tentatively scheduled for the new pocket park on North Lamar Boulevard near Volta Taverna at noon April 10.

Sandwich boards will attract audiences to specific locations close to show times, and the Department of Theatre and Film will announce details and location information on social media, including Facebook, Twitter and Instagram @theatrefilmatum.