Why wasn’t a housebound nation tuning in to watch sports on TV last year? – Boston.com

Why wasn’t a housebound nation tuning in to watch… 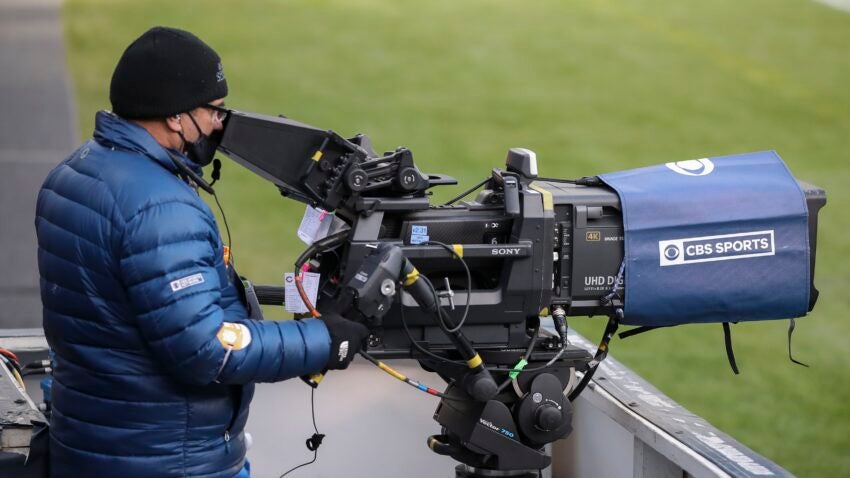 Conventional wisdom, seemingly in concert with common sense, suggested that sports television viewership would expand during the pandemic once the leagues returned to action.

We were all stuck at home, missing familiar pastimes, and board games with the family can get boring pretty fast. It seemed logical that when live sports came back after the March 2020 shutdown — baseball in July, the NBA later that month, then the NHL in August — fans would watch in droves.

So much for conventional wisdom.

Ratings couldn’t have tanked more if we’d all simultaneously lost our remote controls. World Series ratings were down 36 percent over the previous year. NBA Finals ratings were down 51 percent. The Stanley Cup Final was down 61 percent. Individual sports fared no better. The Masters, played in November rather than April, was down 49 percent.

With that context, the numbers for the NFL look downright encouraging by comparison. NFL ratings were down just 7 percent overall in the regular season, with the suspense-free Bucs-Chiefs matchup in Super Bowl LV down 9 percent from last year’s Chiefs-Niners title game.

For the most part, the NFL maintained its enormous audience when, at least early in the season, it was competing against a variety of sports bunched into those late-summer/early-fall restarts. The novelty of the Stanley Cup Final in September and the NBA Finals in October was no match for the NFL on its own autumn turf.

Still, the reason for sports viewership being down when it seemed they’d have an enormous audience confined to their La-Z-Boy recliners remains befuddling on the surface. I asked Dr. Jon Lewis, founder of the illuminating sportsmediawatch.com website, for his thoughts on what other factors affected viewership since last March.

“My general thought is that sports ratings are down because of the obvious conditions facing all leagues right now: jumbled schedules and routines, half — or entirely — empty stadiums, etc.,” said Lewis, who teaches sports media at Northeastern.

“I think some of it also has to do with broader changes in TV viewing habits sped up by the events of the past year. I think ratings would have ended up around this point for a lot of leagues by the end of the decade anyway, but that timeline has ratcheted up.”

It should be noted that streaming viewership is rising as cable and network television viewership decline; CBS reported that Super Bowl LV averaged 5.7 million viewers per minute, a remarkable number. It’s also illustrative to note that those changing habits Lewis mentions include a double-digit decline in overall viewership — not just sports — for all four major networks this year.

So what fared well if sports and so much else didn’t? Cable news, first and foremost, particularly in the buildup to the presidential election in November. Per Variety, CNN’s viewership was up 83 percent, Fox News rose 43 percent, and MSNBC saw a 23 percent bump. Fox News and CNN both had their best viewership years in their history, with the former averaging more than 3 million viewers per night in prime time, the first cable news network to reach that milestone.

The other wild card? Netflix. The streaming service is notoriously private with its viewership data, and sporadic in what it does share. The company typically announces viewership numbers for only its most popular programs, and its audience-measurement tactics tend to skew that data. For example, it counts anyone who watched a minimum of just two minutes as a viewer. The trailers for most Netflix programs are longer than that.

The let’s-binge-something-on-Netflix approach during the pandemic makes plenty of sense here. But I must admit, no matter your political leanings, I have no idea why anyone who cares about their blood pressure would choose to watch cable news over live sports. Give me the games, any time of year.

Check out “From Hang Time to Prime Time,” Pete Croatto’s account of the NBA’s ascent from 1975, when Larry O’Brien was appointed commissioner, through 1989, when the league signed a massive television contract with NBC.

“I wanted to cover the NBA at a simpler time,’’ said Croatto, “before it became the entertainment and international force that it is today, and to explore how we got here. That stretch, from 1975-89, felt like the perfect slice of that.”

Croatto’s book is rich with all sorts of detail; I loved his brief section on the history of the player caricature t-shirts that became so popular in the ’70s and ’80s.

But the more familiar angles and subjects are just as informative. While the arrival of Larry Bird and Magic Johnson for the 1979-80 season is properly explored for its significant role in escalating the league’s relevance, the fulcrum of the book is the brilliant, temperamental commissioner, David Stern.

“David Stern is the main character in this book,’’ said Croatto. “His ability as a marketer, his vision in seeing years ahead on what the league could be, his recognition that marketing individual stars was hugely beneficial to the league as a whole, his advocacy for the league … I think you’d be looking at a much different NBA if he had never come along.”

The genesis of the book was Croatto’s work on a free-lance piece years ago for Bill Simmons’s old website Grantland about Marvin Gaye’s seminal rendition of the national anthem at the 1983 All-Star Game.

“That anthem really marked the change of the NBA,” said Croatto. “It was an admission that the NBA was going to go its own way, and not try to be like the stodgy NFL or Major League Baseball.

The biggest upset in the history of ESPN might be that Rush Limbaugh lasted four weeks into the 2003 NFL season before he said something offensive enough that it cost him his job there. If I were covering sports media back then, I would have set the over/under at two weeks, and bet the under … ESPN signed NFL analyst Ryan Clark to a multiyear contract, a wise move. Passionate and funny, Clark makes every show he appears on better … In acknowledging all of the fine work produced under challenging circumstances during NFL broadcasts this season, I neglected to mention any sideline reporters, which was a foolish oversight. They might have had the toughest job of all, considering they weren’t actually allowed on the sideline. A special nod of appreciation goes to NBC’s Michele Tafoya, who worked her 300th NFL game as a sideline reporter when the Patriots played the Ravens in November.

Don’t pay premium price for ‘News of the World’ – Rome Sentinel
More than $1 billion wagered on sports in Illinois, but none on Illini – Champaign/Urbana News-Gazette