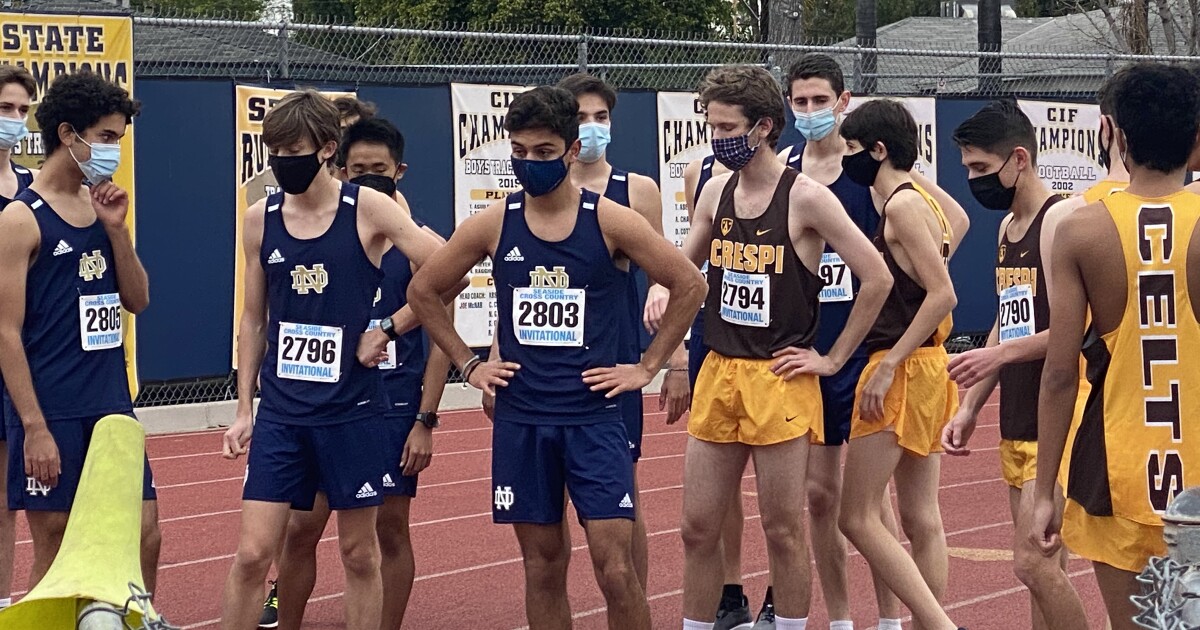 Call it the greatest touchdown of the year in California high schools sports.

The California Department of Public Health released its weekly coronavirus report Tuesday, and those counties where the adjusted daily case rate had reached 14.0 or less per 100,000 are cleared to allow outdoor sports to begin Friday under the state youth sports update released last week.

Now it’s up to individual schools, districts and counties to decide what sports to allow. For football and water polo, weekly testing of athletes and coaches is required, with results made available within 24 hours of playing in a game.

A Los Angeles County Department of Public Health spokesman said in a statement: “The [LACDPH] uses the available science and current data to guide the reopening of sectors, in consultation with the Board of Supervisors. We will consult with the Board of Supervisors to assess the state recommendations and the timing of adopting changes to the County Health Officer Order that would allow (contact) youth sports to resume.”

If L.A. County defied the state recommendations to allow outdoor sports, the outcry in the community presumably would be loud and intense.

Most sports competition has been on hold for 11 months. Cross-country began Jan. 25 and girls’ tennis started Monday. Now others are to follow, such as baseball, softball, lacrosse, golf and swimming. Soccer is allowed to start Saturday in Orange and Los Angeles counties.

“It’s throwing us into a frenzy. It’s awesome,” said West Hills Chaminade athletic director Todd Borowski, who must construct new schedules and determine how he will share his athletic facilities six days a week for competitions and practices while implementing safety protocols.

Already confirmed is a big football game between private schools Bellflower St. John Bosco and Chatsworth Sierra Canyon on March 12 at St. John Bosco. Sierra Canyon coach Jon Ellinghouse said he sent out a text to all his players with five exclamation marks, “We hit our number. Game is on. Wear helmets for practice.”

When will football games begin?

The clock can begin Tuesday toward the mandatory 14 days of practice, with schools allowed to begin three days of conditioning before full practices with pads can start Friday. Scrimmages can be held after 10 days of practices. Games are likely to begin March 11-12 or March 18-19 for a five-game or six-game season that must end by April 17 in the Southern Section.

Once a county reaches an adjusted case rate of 14 cases per 100,000, what happens if cases suddenly rise?

The state warns that “the status of return-to-competition is subject to change at any time given the level of COVID-19 transmission in California,” but outdoor sports teams get to play and keep playing regardless of changing figures unless a new stay-at-home order is issued by the state or a county decides to impose a stricter guideline.

The California Department of Public Health has encouraged athletes and coaches to limit participation to one team over the same season or time period. The CIF received confirmation from the CDPH that this is a recommendation, not a mandate. It is up to each school and school district to decide. The CIF rule limiting students to no more than 18 hours of activity per week for school-related sports will be enforced.

What is the status of indoor sports?

Some schools are looking into holding outdoor competition in wrestling, basketball and volleyball. The CIF plans to advocate for those sports to resume indoors with mask-wearing if daily case rate numbers continue to decline.

Will students in Los Angeles Unified get to play sports this school year?

Supt. Austin Beutner announced Monday that sports conditioning will resume on campuses next week. That is a first step toward the return of any sports, but he has yet to change his stance from November that if it is not safe enough to be in a classroom, then it’s not safe enough to compete in sports. LAUSD continues to be in distance learning.

Can schools schedule any opponent?

No. There are strict guidelines for inter-team competition. Both teams have to be located in the same county or the opponent is located in a bordering county where the sport is authorized to be played. No tournaments that involve more than two teams are allowed. This guideline is something the CIF hopes can be revised because it would prevent playoffs from taking place this spring in large sections such as the Southern Section.