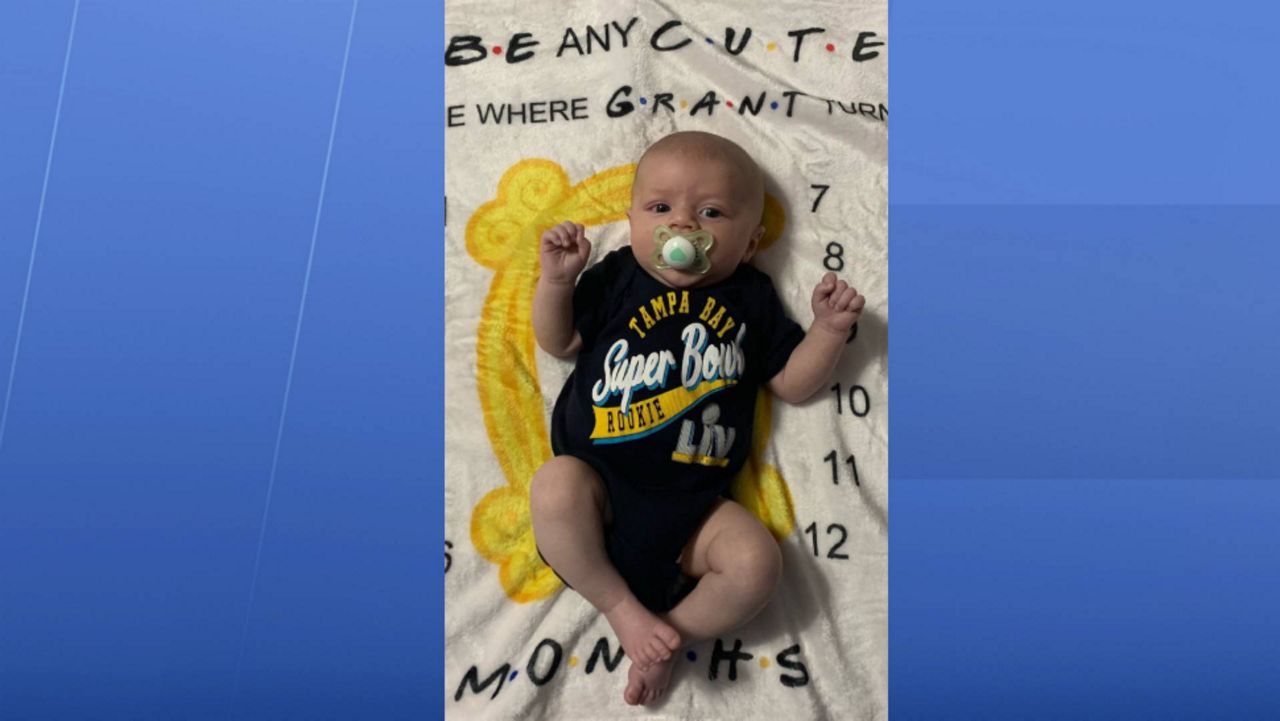 TAMPA, Fla. — Tampa fans have been cheering on the home town team, the Bolts, the Rays, and now the Bucs.

Super fan Jared Kight is passing down his team spirit for the the local teams to his newborn son, Grant.

The longtime fan has been loyal to Tampa Sports, no matter the outcome.

“When I was born, all the three teams were considered not great or good and even though locals would pick on them a little bit so they never won anything,” said Kight. “They never been to a championship before.”

That’s definitely not the case for Kight’s son.

“Funny story, he was born on the week that we lost to Kansas City and since then we’ve been on a winning streak all the way to the Super Bowl,” said Kight.

Quite the winning streak and quite the season for Tampa sports.

A Stanley Cup win, the Rays went to the World Series, and now the Bucs are Super Bowl bound.

Jared’s love of sports was passed down to him.

“My uncle, he was a big sports fan and he would always pass it down on to me and always take me to games, he took me to my very first Bucs game in 96 in the old Tampa Stadium,” said Kight.

Dad hopes to pass it down another generation.

“Now that there’s more teams and more history and stuff like that, I can’t wait to tell him when he’s older, the year you were born all the teams went to the championship,” said Kight.

The infant already has quite the collection of sports memorabilia.

“I have a Stanley Cup puck for him, a World Series ball and I just recently found him a Super Bowl ball for him, said Kight.

“It’s bigger than him right now.”

A father sharing a love of sports and passing down a family tradition.

“Every game day we dress up, him in his little onesie and I’ll be in my shirt so we try to coordinate and the wife coordinates, too,” said Kight.

Grant’s middle name, Robert is after that sports-loving uncle.

And here’s a fun fact, mom and dad watched Bay News 9 in the hospital while waiting for Grant’s arrival, they even tweeted about it.