Humour over rumour? The world can learn a lot from Taiwan’s approach to fake news – The Guardian

Humour over rumour? The world can learn a lot… 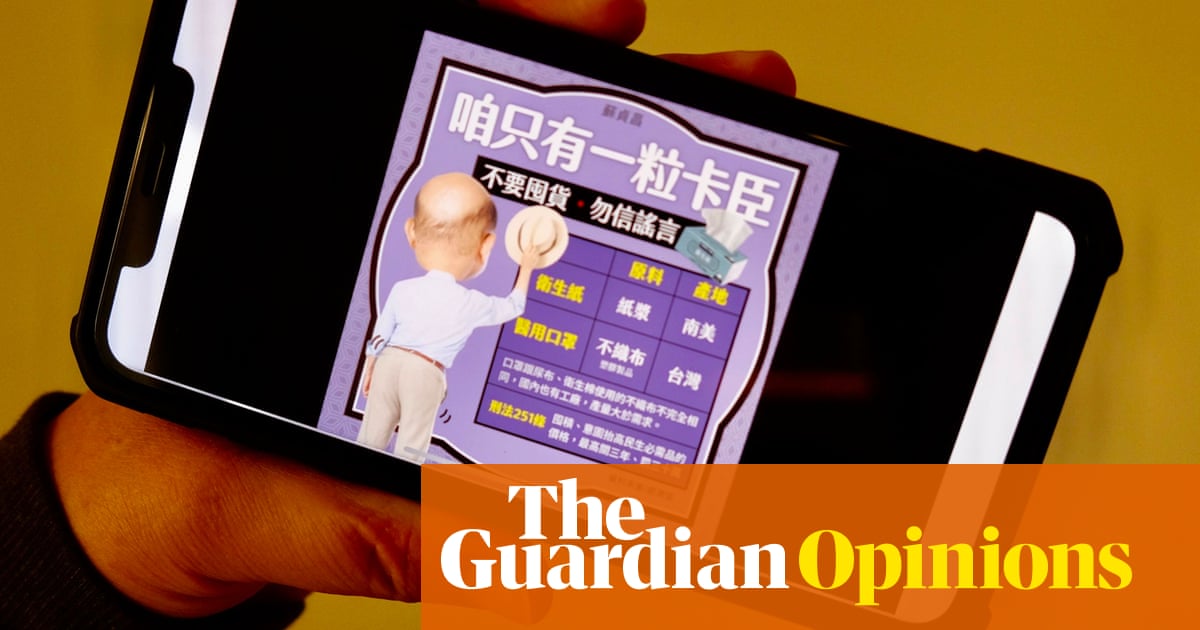 Matt Hancock, we learned recently, got a few pointers on how to shape the UK’s vaccine strategy from the 2011 movie Contagion. I don’t know if that is something I would boast about if I were the UK health secretary, but, look, it is great that the man is not shy about seeking out diverse sources of advice. Still, he might want to think about looking towards Taiwan, rather than Hollywood, for further inspiration.

Taiwan has had only nine confirmed Covid deaths so far. The island of almost 24 million people managed to snuff out the virus without having a nationwide lockdown. In October, there was a big Pride parade. Life is mostly back to normal and the economy is doing well.

There are numerous reasons why Taiwan has handled the pandemic so successfully. It got burned by Sars in 2003, for one thing, and subsequently developed a robust pandemic playbook. It also had an established culture of mask-wearing. But what has struck me most about Taiwan’s response is its strategy of developing what Audrey Tang, the digital minister, has described as “nerd immunity”.

Inoculating people from misinformation and tackling the “infodemic” are key to fighting the coronavirus. Tang, Taiwan’s first transgender government minister and a self-described “civic hacker”, has done this by fostering digital democracy: using technology to encourage civic participation and build consensus.

Tang has also quashed faked news by implementing a 2-2-2 “humour over rumour” strategy. A response to misinformation is provided within 20 minutes, in 200 words or fewer, alongside two fun images. Early in the pandemic, for example, people were panic-buying toilet paper because of a rumour that it was being used to manufacture face masks; supplies were running out. So, the Taiwanese premier, Su Tseng-chang, released a cartoon of him wiggling his bum, with a caption saying: “We only have one pair of buttocks.” It sounds silly, but it went viral. Humour can be far more effective than serious fact-checking.

So, is Boris Johnson shaking his bum the answer to the UK’s coronavirus problems? Probably (definitely) not. The lesson here is that a healthy democracy is built not from the top down, but from the bottom up.