Does allowing transgender women to play mean an end… 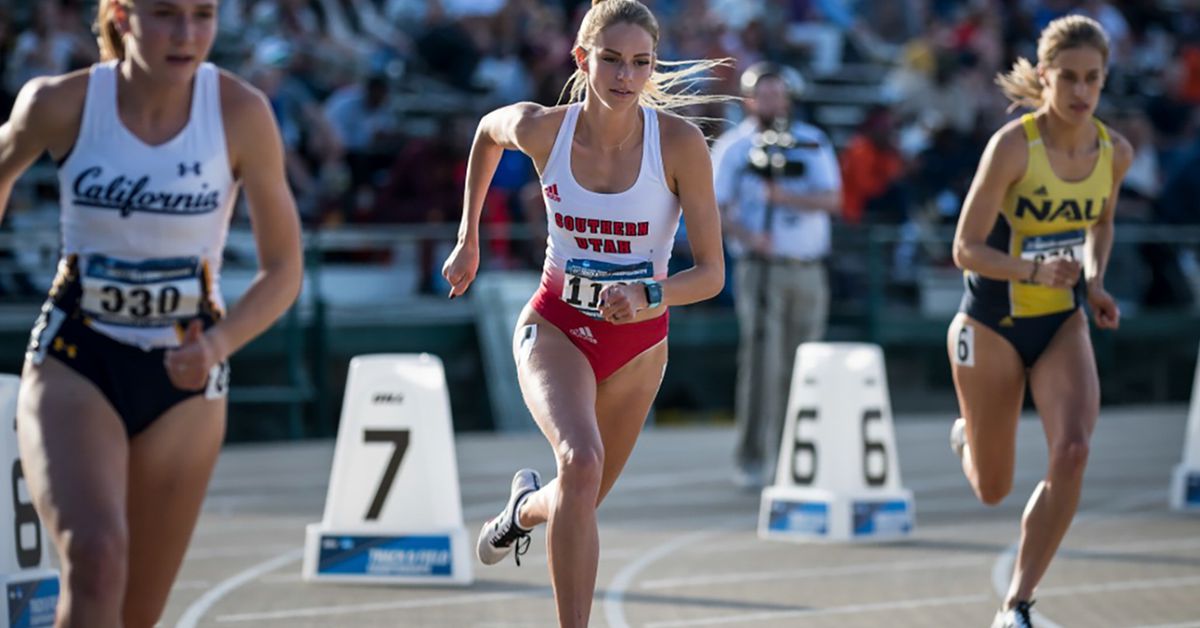 SALT LAKE CITY — Southern Utah University sprinter Linnea Saltz didn’t think she would have much of a chance to defend her Big Sky 800-meter title when she learned a one-time male University of Montana athlete would be running on the women’s team.

Saltz did a quick internet search to check out her competition.

“All hope was lost when I realized the male-to-female transgender athlete I was going to be competing against had a personal best time of 1 minute 55 seconds in the 800 meters, 10 seconds faster than the best time I had posted the season prior,” she said.

Saltz said she realized that her senior season wasn’t going to be about her hard work, pain and sacrifice to be a champion, but about fairness in women’s sports being “stripped away right in front of me.”

“Men are able to celebrate fairness in their sports so it should only make sense that we should as well,” she said. “Taking away our opportunities will run us out of the sports world, which we already had to fight so hard to be a part of.”

Saltz, now a graduate student-athlete at Georgetown University, was among several female athletes who participated in a conference call Wednesday hosted by the Independent Women’s Forum, a conservative nonprofit organization focused on women’s issues.

The group said it is concerned that an executive order President Joe Biden issued jeopardizes girls and women’s sports and puts them in physical danger. Requiring women and girls to compete against athletes who were born male undermines Title IX, which expanded opportunities for women in school athletics, said Jennifer Braceras, director of Independent Women’s Law Center.

Female transgender athletes competing in girls high school and women’s college sports has become a controversial topic in state legislatures and courts across the country. Several states, including Utah, are looking to pass laws that would require public schools and universities to designate athletic activities by sex, effectively banning female transgender athletes from participating.

“Make no mistake, the efforts that some people are making in this area are really nothing short of an all-out assault that seeks to end women’s sports,” he said.

“When what they’re saying is someone who’s born male, and even gone through puberty as a male, to decide through his own volition to identify as female, that is an end to women’s sports, and I think we’ve got to acknowledge as much,” he said.

“Now one can feel like a woman and compete with the women. If we allow this logic to follow, can those that identify as disabled, compete in the para category? The answer is simple. Of course not. It wouldn’t be fair,” she said.

Lee said while transgender athletes don’t always win when competing against their peers, their presence in athletics has serious negative consequences for women’s and girls sports and diminishes nearly 50 years of progress under Title IX.

Lee’s bill aims to ensure Title IX provisions relating to athletics treat sex as that which is “recognized based solely on a person’s reproductive biology and genetics at birth.” It would also make it a violation of Title IX for a school that receives federal funds to allow a biological male to participate in women’s sports.

The proposed bans represent a fundamental misunderstanding of transgender lives and are designed to generate “irrational fear of a minority population,” according to Troy Williams, executive director of Equality Utah.

“Everyone’s body is different. There is no one single determinant of success in sports,” he said recently. “The majority of transgender athletes, like nontransgender athletes, never make it to an elite level and just want to play for fun with their friends, especially at school.”

Idaho passed a first-of-its-kind law last year that bans transgender women from playing high school and college sports in the state. But a federal judge blocked it from taking effect.

The Fairness in Women’s Sports Act would not allow Idaho athletes to participate on a women’s team without first verifying that person’s “internal and external reproductive anatomy” if her sex is disputed.

The Mississippi Senate passed legislation this month that would require public schools, public universities and other institutions of higher learning that belong to a collegiate athletic association to designate its sports teams according to biological sex. The House has not voted on the bill.

“We constantly hear the words ‘follow the science.’ Well, saving women’s sports is following the science,” Mississippi state Sen. Angela Hill, the bill’s sponsor, said on the conference call. “Science and common sense tells us that males are generally bigger, faster and stronger than females.”

In Utah, the House passed a bill to ban transgender girls from participating in girls K-12 sports. But Gov. Spencer Cox said he would not sign that version of the bill. And even though the bill was amended by the sponsor, late Wednesday a Senate committee held the bill, making it unlikely it will pass before the session ends March 5.

Cox last week called transgender youth sports legislation “one of the most complicated and difficult bills” facing lawmakers, and said “people on both sides of the issue are actually right.”

In Connecticut, three high school girls, including Selina Soule, who lost track titles to males who identify as females, sued the Connecticut Interscholastic Athletic Conference over a policy that allows biological males to compete as girls in high school sports.

“We all knew the outcome long before the race started, and it was extremely demoralizing,” she said. “We missed out on medals and the opportunity to advance.”

Soule, who now runs track for the College of Charleston, said when they asked questions, they were told they have the right to compete but they don’t have the right to win. She said women don’t “sacrifice everything” just for participation medals.