COVID-19 pushed fall sports to winter, spring, but the University of Utah is up and running – Salt Lake Tribune

COVID-19 pushed fall sports to winter, spring, but the… 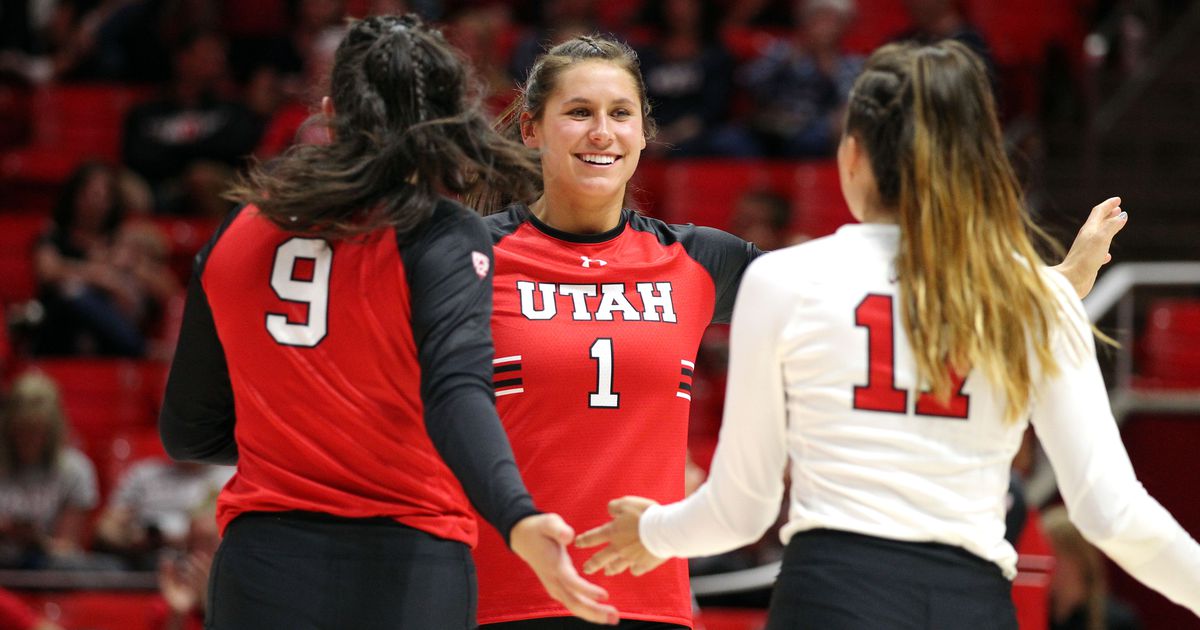 Add traditional fall sports to the list of things that haven’t been operating under normal conditions thanks to the COVID-19 pandemic.
At the University of Utah, two of those traditional fall sports, volleyball and soccer, are up and running with seasons that are beginning in the winter, and will run into the spring. Just to get to this point, with volleyball already playing matches and soccer getting ready to play its first match this weekend, a lot of perseverance had to happen.
As the early days of the COVID-19 pandemic moved into April and May, and then through the summer months, two overarching questions persisted across the Pac-12 footprint: Will there be football in 2020 and, by extension, will other fall sports get played once September rolled around?
With millions of dollars in television revenue in play, the question of football was an entirely different animal compared with other fall sports like soccer and women’s volleyball. The speculation on those sports came to a crescendo on Aug. 11 when the Pac-12 opted to cancel all athletics competitions, including football, through at least Jan. 1.
Football eventually played a truncated season, but the rest of the fall sports remained shelved for the foreseeable future.
Looking back, “It was a sense of ‘thank goodness,’” University of Utah women’s soccer coach Rich Manning told The Salt Lake Tribune. “I don’t know how we would have played in the fall, so I think that was a good decision, taking the pressure off the players at that time. I was wondering how we were going to manage everything, the pressure of essentially securing a bubble every week, the day-to-day was an anvil on your shoulders.”
Added Utes senior All-American volleyball player Dani Drews: “It was definitely a letdown for me, personally. I was feeling pretty stressed about going into a season unprepared. We weren’t able to have full practice in the spring, and in the summer, everything was up and down, so for me, it was definitely a letdown, but I think we saw this as an opportunity to be even more prepared to train, to get better for when we could play.”

(Photo courtesy of John Vu | University of Utah) Head coach Rich Manning leads Utah women’s soccer team as they begin fall practice last year. Their season was eventually shifted to the spring because of the pandemic.

Having the fall off not only meant no soccer or volleyball matches, but also the inability to even practice fully. Volleyball programs were prohibited from blocking, which would include players literally coming face-to-face at the net, so head coach Beth Launiere’s team could not conduct full-blown 6-on-6 scrimmages.
Meanwhile, soccer is a contact sport, but Manning’s players were not allowed contact during training. Per Manning, the Utes were allowed to begin practicing fully for their 16-game spring schedule on Jan. 12, but could not move to contact work until Jan. 19.
“We focused on individual skillwork,” Launiere told The Tribune. “We used it as our offseason as we would in the spring, knowing we had to get better with our skillwork. To be honest, we really did.”
Added Manning: “We had no contact at all, so for us, that meant working on technical stuff, a lot of skillwork. We would make up games to try and keep the kids engaged.”
Both Launiere and Manning knew the motivation through the fall was only going to go so far with, not only no matches, but at the time, no promise of matches even in the winter or spring.
With frustration evident and no need to keep everyone on campus given classes were being conducted virtually, Launiere sent her players home two weeks before Thanksgiving and didn’t bring them back until Jan. 2.
Practice began Jan. 4, with full blocking and 6-on-6 installed three days later. On Jan. 19, the Pac-12 announced a 22-game conference-only schedule for women’s volleyball.
The Utes, 4-0 this season through Thursday and ranked No. 8 nationally in the latest AVCA Coaches Poll, were voted as the favorite by the Pac-12 coaches as the favorite to win the conference on Jan. 20.
“I think we’re all just so grateful to be able to compete and play after this long,” Drews said. “We practiced in the fall, but it wasn’t live play, it wasn’t 6-on-6, so all of us are grateful for this opportunity to compete again.”

Manning found a different type of frustration coming from his players in the fall. Nearly half of the women’s soccer roster hails from the state of Utah, so those locals were forced to sit back and watch as their friends playing at places like BYU and Weber State were able to practice in the fall, even though those seasons were also postponed to the winter and spring. To add insult to injury, high school soccer, not to mention the rest of the fall sports, got played on time in the state of Utah.
“We were the only team in the state that couldn’t practice,” said Manning, whose team was scheduled to open its 16-game schedule Saturday against BYU at the RSL indoor facility in Herriman. “We had to get creative to the max.”
Of course, volleyball and soccer, not to mention all of the other sports at Utah, are able to have seasons in large part because of everyone’s willingness to stay in line with strict Pac-12 and athletic department testing and medical protocols.
The volleyball team undergoes PCR testing 48 hours before a match, and because the players in this particular sport are wearing masks during competition, they are not subject to testing on the morning of a match. The Utes have gotten through four matches without a testing problem, including last weekend’s trip to the Bay Area for two matchups with Cal.
As soccer has ramped up in recent weeks with training, Utah has tested those athletes three times per week and, just as volleyball did, will adhere to a PCR 48 hours before a match. Unlike volleyball, soccer will also test the morning of a match.
In terms of testing and safety, Launiere and Manning both echoed what other Utah coaches and student-athletes have said in recent months.
Utah’s administration has done an excellent job of putting its athletic programs in a position to at least get a season played.
“The fall, there was a big learning curve, and I think there were a lot more cases in our department in the fall than there are now,” Launiere said. “I think the athletes and everyone in the department understands now what this is about and how to go about it better.”
Added Manning: “I do feel like they’ve done a really good job of setting things up and communicating what’s happening, and the players and I have felt safer because of it. The unsung heroes are the facilities people and the athletic trainers, because their burden has been tripled.”
Sports on TV: Saturday, February 6, 2021 | Lewiston Sun Journal – Lewiston Sun Journal
Covid pandemic: Has the US turned the corner? – BBC News

Sports Gambling Is a Disaster…