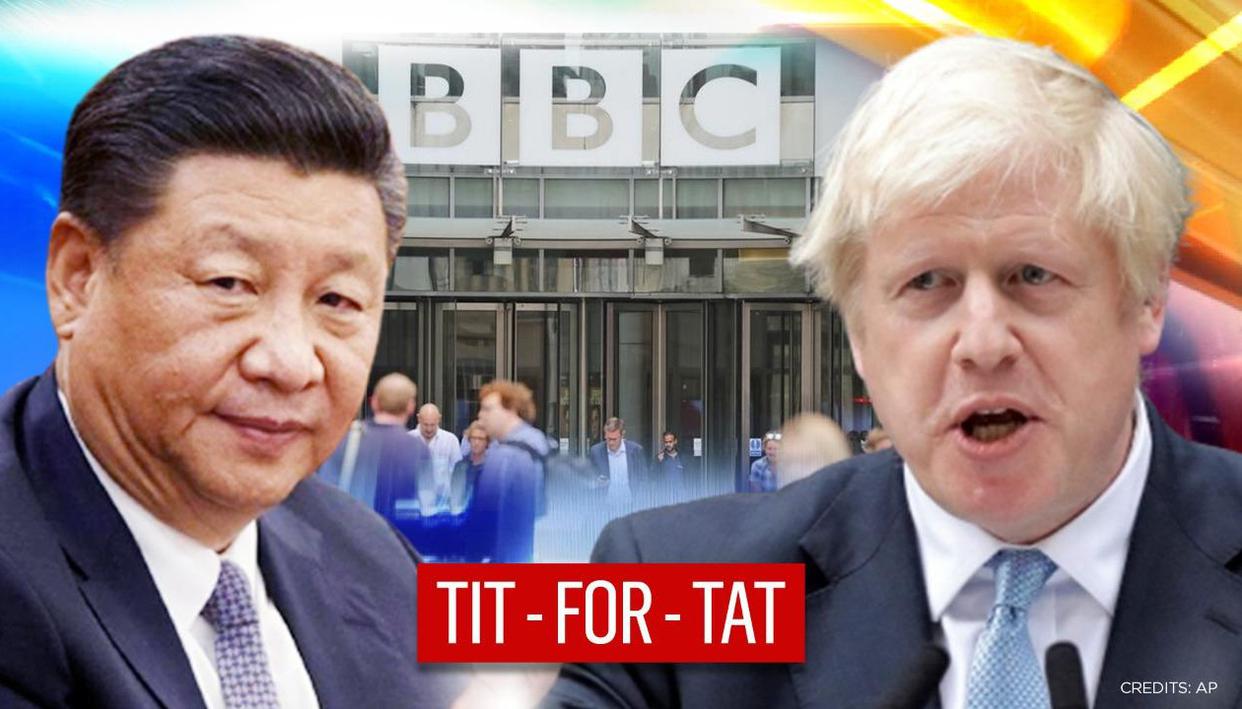 In a diplomatic fight with Britain after British regulators revoked the license of state-owned Chinese broadcaster CGTN, China has now banned the BBC World News television channel on Friday. China’s television and radio regulator has announced that the British news channel has been banned for ‘seriously violating its guidelines for reporting.’ The BBC said it was “disappointed” by China’s decision to ban it.

The Chinese regulator, NRTA, said that BBC World News was found to have seriously violated regulations on radio and television management and on overseas satellite television channel management in its China-related reports. “As the channel fails to meet the requirements to broadcast in China as an overseas channel, BBC World News is not allowed to continue its service within Chinese territory,” the NRTA statement said. It also said that the BBC’s application to air for another year would not be accepted.

Britain’s Foreign Secretary Dominic Raab said in a statement, “China’s decision to ban BBC World News in mainland China is an unacceptable curtailing of media freedom.” China has some of the most severe restrictions on media and internet freedoms across the globe and this latest step will only damage China’s reputation in the eyes of the world,” he said.

This comes after UK regulator Ofcom had stripped China’s state TV channel of its national broadcasting license after an investigation cited lack of editorial control and links to China’s ruling Communist Party. China Global Television Network (CGTN) is an international English-language satellite news channel controlled by the state. “Our investigation concluded that Star China Media Limited (SCML), the license-holder for the CGTN service, did not have editorial responsibility for CGTN’s output. As such, SCML does not meet the legal requirement of having control over the licensed service, and so is not a lawful broadcast licensee,” UK’s media watchdog Ofcom had said in a statement.