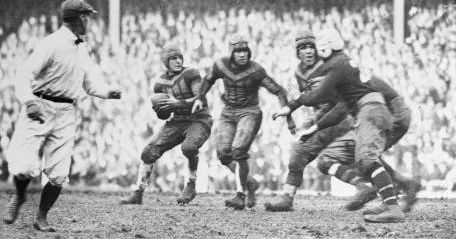 At a time when — and I am far from alone — we need an escape from the bracing turmoil of real life, it was Wild Card Weekend, and enough hoops to sate.

Frankly the only thing that could have made it better would have been a W by the Cardinal men over Gonzaga in a put-together-at-the-last- minute game.

And, oh, maybe, the NCAA announcing it was dropping its charges against U of L hoops.

The Cardinal Women’s Team blew out another foe.

I’ll reiterate that, unlike men’s hoops, where I feign a modicum of expertise, I cannot claim any when it comes to the women’s game. Haven’t watch enough to understand the nuance and parameters of ability.

Which doesn’t mean I won’t weigh in on Jeff Walz’s current squad.

My belief is it is his best yet at Louisville.

There is something different, though I’m not astute it enough to quite put my finger on it.

What also stands out is the maneuverability and agility of the bigs. Olivia Cochran just looks different than any of the taller players who have worn the Red & Black in the past. Elizabeth Dixon is still improving.

Stupendous Hailey Van Lith is just a rookie. The Smiths can both ball. Kianna was the leading Card scorer on Sunday. Elizabeth Balugon is all that. I love Norika Konno’s steady presence.

The Cardinals held Clemson to 19/70 shooting. They also play D.

The offensive movement just seems more fluid and sophisticated than past seasons, even the ones with Final Four game appearances.

I’ll stop before I put my foot in my mouth.

Wrapped around the sublime U of L W were victories by my three rooting interests in the NFL playoff games.

Off the schneid. With a scintillating come from behind performance.

Such a nice kid. I’m so happy for him. Go Ravens.

The Saints I love, because New Orleans is my second favorite town. I remember JazzFest the year NO won the Super Bowl. The townsfolk were still pumped and proud and vocal about it in late April.

Which brings me to the Browns.

This season I’ve finally returned to the team of my youth. I’m wearing my new Browns hoodie as I write. When it arrived six days early on Saturday morning, I had a good feeling about Sunday night.

As those lifelong Louisvillians as deep in their dotage as I am know, the Browns were the team we saw every Sunday in the 50s, before the NFL had a national TV contract.

The games were always at 1:00. An early arriver, I’d anxiously turn on the telly at noon or so, and endure whatever for the hour until kickoff.

Sunday’s smackdown of the archrival Steelers was simply super.

It’s behind a paywall, but, if you do subscribe to theathletic.com, go read the best piece I’ve ever read about lifelong diehard fandom. It’s by a great writer, Joe Posnanski, who has lived and died with the fortunes of the Browns through the decades.

I actually took notes throughout the day about stuff I’d write about.

How the Indy Colts didn’t convert when they needed to.

How Andrew Jones hit the game winning trey at the buzzer for a Texas Longhorn victory. On the third anniversary of the day he learned he had leukemia.

How Kentucky looks like a totally different team than the one that started 1-6.

How there’s a kid who saw his first action for Ohio State, after just enrolling on 12/13. After missing his entire junior season of HS ball, then skipping his senior year. After only two practices with the Buckeyes.

How much more fun it is to watch a game when there are fans in the stands.

How scary it is to watch players share water bottles.

How much different it is to watch Auburn vs. Alabama play nowadays, than it was back on the SEC Game of the Week, with John Ferguson and Joe Dean on the call of mostly boring games.

But I’ll spare you the details.