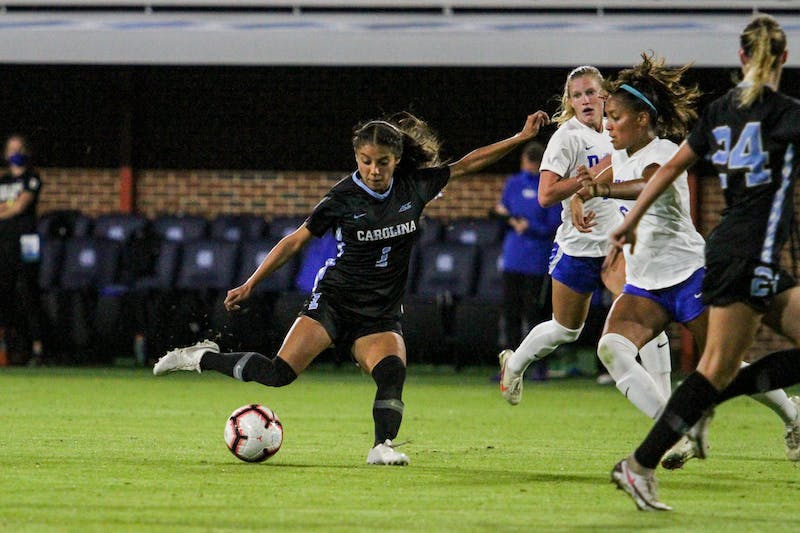 The Atlantic Coast Conference announced its spring Olympic sports schedules on Tuesday, as seasons get ready to kick off for many teams across the country.

After 2020’s spring seasons were cut short due to the emergence of the COVID-19 pandemic, the new schedules provide a light at the end of the tunnel for teams looking for the competition they’ve been missing over the break.

The 2021 spring schedule includes ACC Championships starting as early as April 15, along with a conference schedule that spans into the early days of May for some sports.

The sole exception from the list of spring conference championships that will be held is men’s lacrosse. Although women’s lacrosse head coach Jenny Levy’s side still plans to compete in the eight-team championship in late April, the big prize for the men will be awarded to the regular-season champion.

UNC men’s golf has already kicked off its spring season with early tournaments — the women’s team will begin on Feb. 14 — and they will both wrap up ACC play in April at the conclusion of their respective ACC Championships.

Softball and baseball are looking to get back in the swing of things as well after both of their seasons were cut short last year. Regular season action for softball will begin the weekend of Feb. 12. Baseball will get things started the following weekend on the 19th, with first-year head coach Scott Forbes hoping to continue the success of his predecessor, Mike Fox.

The UNC men’s and women’s tennis teams, which are No. 2 and No. 1 in the country, respectively, began their spring schedules in mid-January and will play round-robin ACC schedules, with non-conference matches coming at the discretion of each member institution. They will play their ACC Championships from April 21-25 in Rome, Georgia.

Outdoor track and field will hold its ACC Championship from May 13-15, with N.C. State playing host to the event at the Paul Derr Track Facility in Raleigh. All regular-season competition will come at the discretion of each institution, with UNC’s team already having begun its season at the Virginia Tech Invitational last week.

Rowing will also conduct its regular season regattas at the discretion of each institution, and its ACC Championship will be hosted by Clemson from May 14-15. UNC’s schedule will begin on March 6 against Duke at a Clemson-hosted regatta.

Cross country, field hockey, men’s and women’s soccer and volleyball will also be competing this spring as they look to wrap up the remainder of last fall’s schedules.

Field hockey’s conference schedule will resume in the first week of March after UNC took home the ACC Championship title in the fall. At season’s end, the defending-champion Tar Heels will face the highest-ranked ACC team on April 23 for a chance at an automatic spot in the NCAA Tournament.

Men’s soccer will start its eight-game spring schedule on the weekend of Feb. 20. After one cross-divisional match and five divisional games, the highest-seeded teams from the Atlantic and Coastal divisions will face off with a chance to play last fall’s champion, Clemson, to determine the ACC’s automatic qualifier for the NCAA Tournament.

Women’s soccer will not play any league matches this spring, but teams are permitted to play non-conference matches.

Wrapping up the ACC spring schedule is volleyball, with the conference schedule set to resume March 5. UNC will take on Syracuse on the road that day. Each team is scheduled to play the 10 remaining teams outside of the regions they played in during the fall, and the conference championship will be awarded to the regular-season champion.

It will be a busy spring for ACC schools with the disruption that COVID-19 caused last year, but it comes at a welcome time for many fans who are eager to see their schools back in action.