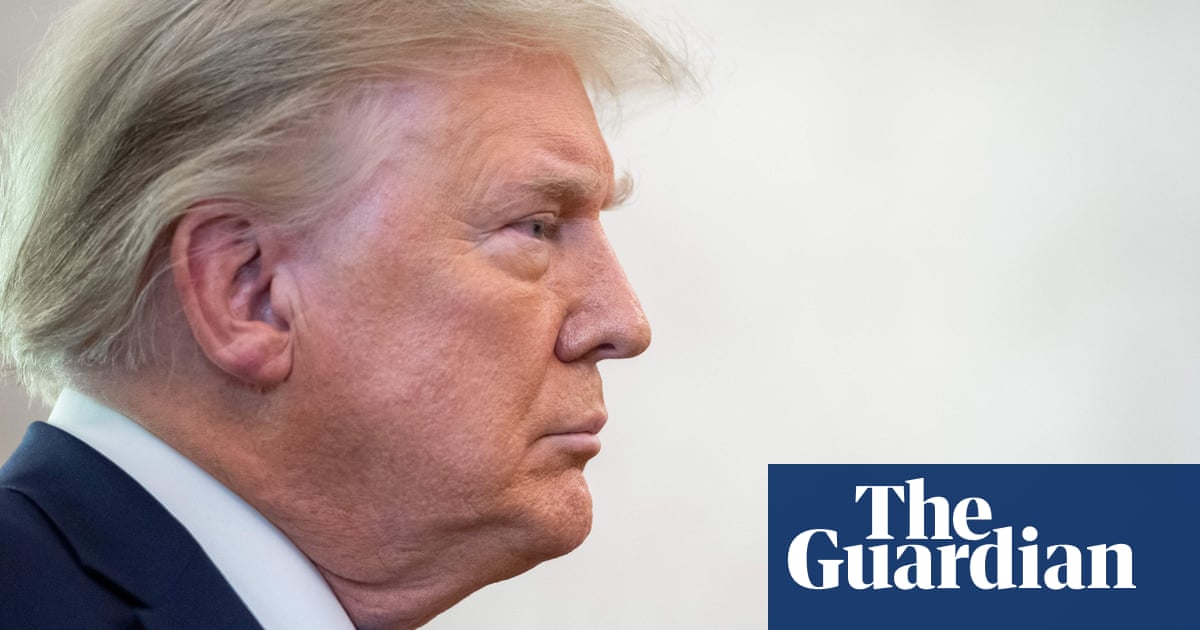 As unemployment benefits were due to expire for millions of Americans on Saturday, Donald Trump, who spent Christmas playing golf in Florida, continued to block a $900bn pandemic relief bill that would extend them.

The package, which Congress passed with bipartisan support on Monday after months of negotiations, would keep unemployment benefits in place until March and expand state benefits by $300 a week – as well as extending an evictions moratorium, providing federal loans to small businesses and $600 direct payments to many Americans.

But without Trump’s signature, the entire package – set to be the second biggest in US history – is stalled and the US government now faces a shutdown on Tuesday.

“I simply want to get our great people $2,000, rather than the measly $600 that is now in the bill. Also, stop the billions of dollars in ‘pork’”, he tweeted on Saturday morning.

It comes after he indicated on Tuesday that he might veto the bill, describing it as a “disgrace”.

Larry Sabato, director of the Centre for Politics at the University of Virginia, said Trump’s motivation for increasing the payments to $2,000 is “so he looks good”.

“And maybe he sees this as the crowning achievement as he leaves office, where he is defeating Congress and his own party,” he added. “He’s probably more resentful toward members of his own party than he is the Democrats … He’s a hurt creature and he’s going to make all the other creatures hurt.”

With the support of senator Lindsey Graham, he said Republicans could yet be swayed to vote for a bill including $2,000 payments, at which point Trump will “claim a great victory”.

He added: “I think he actually now believes his own lies about the election. It was stolen because he has said it so many times.”

But with the eviction moratorium due to expire on 31 December he said any deal will have to be done this week.

“Hundreds of thousands of people who could lose the roof over their head if they don’t get this eviction prohibition. There are just so many pieces to this that are damaging. But of course, Trump will blame it all on Congress and his followers will then attack Congress, not realising it all comes down to Donald Trump.”

The 5,000-page bill was reportedly flown to Mar-a-Lago, his Palm Beach club, on Christmas Eve.

On Christmas Day he was pictured playing golf – his 309th visit to one of his golf courses of his presidency – despite having vowed to be “working tirelessly” over the festive period. On Saturday morning the bill remained unsigned.

As the country continued to reel from the surging pandemic, and amid an explosion in Nashville, he also took time to enter a debate over the first lady’s legacy, responding to a Christmas Day tweet by Breitbart News accusing “elitist snobs in the fashion press” of not featuring Melania Trump on their covers for four years.

“The greatest of all time. Fake News!” he tweeted.

Around 24 hours after Congress passed the bill, Trump released a surprise video in which he criticised the bill and called for direct payments to be raised to $2,000 per adult – despite his own party opposing it – and denounced spending on foreign aid and arts venues.

“Made many calls and had meetings at Trump International in Palm Beach, Florida,” he tweeted on Friday. “Why would politicians not want to give people $2,000, rather than only $600? It wasn’t their fault, it was China. Give our people the money!”

Following his loss to president-elect Joe Biden in November, an election in which he has still not conceded, Trump appears even more willing to oppose his own party and its leadership.

After Republican Senator Mitch McConnell acknowledged Biden’s win after the Electoral College vote, Trump had an email sent to Republicans hitting out at the Senate majority leader.

A graphic attached to the email reportedly showed a timeline of McConnell’s polling numbers and said: “Sadly, Mitch forgot. He was the first one off the ship!”

On Christmas Day, Trump was joined on the golf course by Graham who, having previously been supportive of the relief package, subsequently appeared to change his mind.

“After spending some time with President @realDonaldTrump today, I am convinced he is more determined than ever to increase stimulus payments to $2,000 per person and challenge Section 230 big tech liability protection,” he tweeted.

“Both are reasonable demands, and I hope Congress is listening. The biggest winner would be the American people.”

But with insufficient support for $2,000 payments – an attempt was blocked by Republicans on Thursday – a solution to the relief bill is unclear.

Previously Trump has made his annual address to overseas service members public and attended evening mass on Christmas Eve at Bethesda-by-the-Sea, near Mar-a-Lago, but this year he has kept to his club or golf course, refraining from inviting the press to his speech and did not comment on the Christmas Day explosion in Nashville though he was reportedly briefed on it.