Jersey Shore’s top 10 sports stories over the past… 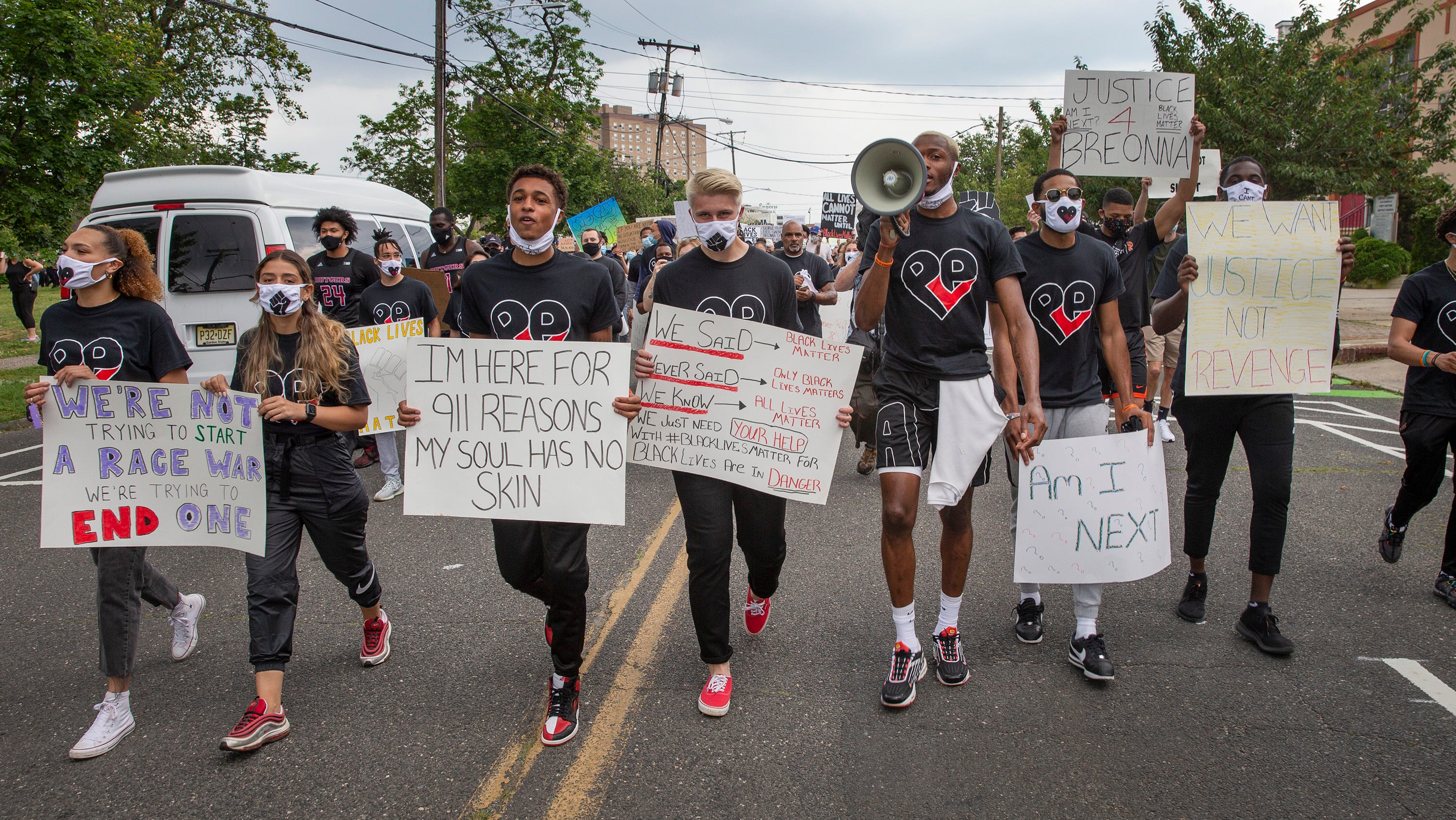 The pandemic and the eventual return to sports made 2020 truly a unique year – and a year that produced moments for our top 10 Jersey Shore sports stories of the last 10 years.

Monmouth Park finally started its horse racing meet after a two-month delay and a Monmouth University hiatus for athletics ended when basketball teams returned to the court in December. Jersey Shore Blue Claws’ minor league baseball is expected to return in 2021 after the 2020 season was lost.

Former Ranney basketball star Scottie Lewis – who led the Panthers to back-to-back Shore Conference Tournament titles (2018-19) and the NJSIAA Tournament of Champions crown – stepped into the social justice arena following the death of George Floyd, organizing a peaceful protest in Asbury Park on June 5, 2020 that began with police officers and protestors kneeling and praying together. Joining the current University of Florida sophomore on the march were Rutgers players Ron Harper Jr., Akwasi Yeboah and Luke Nathan, and Mater Dei Prep alum and Princeton senior Elijah Barnes.

Gov. Phil Murphy arrived at Monmouth Park on June 14, 2018, to place the first legal bet on a sporting event in New Jersey, accompanied by Dennis Drazin, operator of the Oceanport racetrack. Drazin and New Jersey officials led the legalization battle that reached the U.S. Supreme Court, which finally ruled that a national prohibition was unconstitutional. The high court’s ruling altered the landscape of athletics throughout the U.S. and New Jersey has emerged as an epicenter for sports betting.

The numbers Freehold’s Ashante Worthy put up were straight out of a video game, and may never be seen again on football field’s at the Jersey Shore. It began with a 465-yard rushing effort, with 10 TDs, in an NJSIAA playoff game in 2016. Bu the time it ended, Worthy had amassed 10,592 yards of offense and 119 touchdowns. He set the modern-day state rushing record with 2,860 yards in 2017, breaking the mark set a year earlier by Jonathan Taylor at Salem. Worthy was the first player in state history to run and pass for over 2,000 yards in a season. He had 4,966 yards of offense and 61 TDs as a senior, both state records, and his 6,400 career rushing yards is second all-time at the Shore behind Keyport’s Ken Cattouse.

If the first three years of his NFL career are any indication, Holmdel native Quenton Nelson is on his way to the Pro Football Hall of Fame. The Red Bank Catholic product, who had an All-American career at Notre Dame, is well on his way to a third straight All-Pro selection in his third season as a guard with the Indianapolis Colts. Nelson was drafted sixth overall in 2018, the highest a former Shore Conference player has ever been selected.

It started with Roy Mabrey winning a pair of SCT titles with CBA, before his three younger sisters took it to another level. Michaela, Marina and Dara Mabrey combined to win six SCTs and three Tournament of Champions crowns. Marina, currently with the Dallas Wings of the WNBA, scored 2,525 points in high school before winning a national championship at Notre Dame, while Michaela topped 2,000 points before hitting 576 3-pointers for the Fighting Irish, where she’s currently an assistant coach. Dara Mabrey has transferred from Virginia Tech to Notre Dame and had a career-high 34 points in her debut for the Irish.

It was a case of one of the biggest sports stories in the country coming to the Jersey Shore in 2015. That’s when American Pharoah dominated Monmouth Park’s Haskell Invitational. The visit to Oceanport occurred after Pharoah, owned by Teaneck resident Ahmed Zayat, became the first horse to sweep racing’s Triple Crown – Kentucky Derby, Preakness and Belmont Stakes – since Affirmed in 1978. A track-record crowd of 60,983 showed up to see the champ on Haskell Day.

Big-time Little League teams have a long history in Monmouth and Ocean counties, dating back to the World Series champion Lakewood team in 1975 and the Todd Frazier-led Toms River East American team winning it all in Williamsport in 1998. Between 2014 and 2018, a Jersey Shore squad won the Little League State Tournament for the 12-year-old division every year – with Holbrook Little League from Jackson going on to qualify for the World Series in 2017 and the 2018 giving us the “Big Al” Middletown team that reached the Mid-Atlantic Tournament. Big Al was Alfred Delia, 12, who in an ESPN player intro said, “At home they call me Big Al, and I hit dingers.” The video picked up 6 million views in a short period of time and Delia becoming a national sensation, making numerous TV appearances.

The Monmouth Bench Mob gained national attention in the 2015-16 season for its elaborate sideline celebrations – including a reenactment of Michelangelo’s “Creation of Adam” during a victory over Georgetown – at a time when the Hawks defeated five power conference opponents (UCLA, Notre Dame, USC and Rutgers, plus Georgetown) and received votes in both the AP Top 25 and USA Today Coaches Polls for the first time ever. The Hawks became the focus of a national debate on mid-major programs and their place in the NCAA Tournament but they failed to gain an at-large invitation to March Madness.

The winding road Rutgers athletics has been on took yet another turn in 2020 with Greg Schiano’s return to the football sideline and a win at Michigan State in the opener. Since Schiano was last seen on the banks in 2012, Rutgers joined the Big Ten, Jackson native Scott Goodale elevated the wrestling program to national prominence, and scandals led to the departures of men’s basketball coach Mike Rice, football coach Kyle Flood and athletics director Julie Hermann.