California reaches 25,000 coronavirus deaths during deadliest month yet – The Guardian 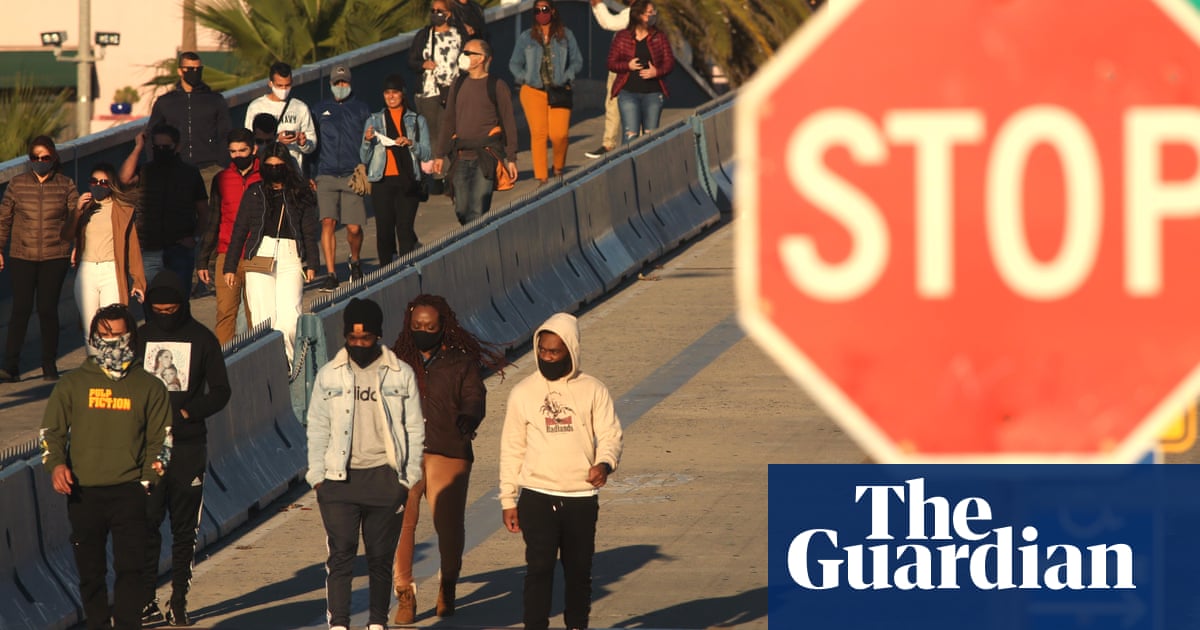 California has again shattered its record for Covid deaths, with 432 fatalities reported on Wednesday as the state faces its deadliest month in the pandemic and a dire shortage of hospital resources.

The state also announced its first known case of the new coronavirus variant first detected in the UK. California’s governor, Gavin Newsom, said he had just learned of the finding of a southern California case on Wednesday.

He announced it during an online conversation with Dr Anthony Fauci, the nation’s leading infectious disease expert. Fauci said: “I don’t think Californians should think that this is odd, it’s to be expected.” At least one other case has also been detected in Colorado.

California’s case rate is now far outpacing every other state in the US, and a catastrophic surge in Los Angeles county is forcing hospitals to turn away ambulances and make plans to ration care. The state’s new single-day record for deaths is equivalent to one death every three minutes, according to LA Times data, which shows more than half of the fatalities are in LA.

The crisis is only expected to get worse as holiday travel and celebrations for Christmas and New Year’s Eve further spread the virus and crush the hospital system in the coming weeks. The state has reported more than 5,300 Covid deaths this month, exceeding the monthly record of 3,800 fatalities in August.

On Wednesday, California surpassed the grim milestone of more than 25,000 deaths, with LA county recording a total of more than 10,000 fatalities since the start of the pandemic.

With intensive care units already at capacity across southern California, the state extended lockdown restrictions on Tuesday for the region, keeping restaurants closed for in-person dining and urging residents to stay home and avoid travel.

In LA, at least 90% of the county’s hospitals have been so overrun with Covid patients that they have had to divert ambulances to other medical centers, officials said. The county has also reported a record of more than 7,000 hospitalizations in a day, a nearly 1,000% increase from two months ago.

Dr Mark Ghaly, the state’s health and human services secretary, said that hospitals are devising plans for “crisis care”, which could involve rationing of treatment and supplies to the sickest patients.

While no hospital has reported that level of crisis yet, they are preparing for dire scenarios where doctors may have to make unthinkable choices about how to use limited resources, Ghaly said in a briefing: “We could see the worst of it in early January … And most of the hospital leaders I’ve talked to in southern California are bracing for exactly that.”

Some EMTs in LA are already releasing patients to stay home if they are not considered sick enough, since they may not get the attention they expect at the hospital, Ghaly told reporters.

The situation inside some hospitals is deteriorating so rapidly that some facilities are experiencing a shortage in oxygen supply, with at least five LA hospitals declaring an internal disaster over the weekend, closing to all ambulance traffic, the LA Times reported. Near the border, San Diego hospitals reported this week that they are running out of morgue space.

The hospitals that are most overrun are those that serve lower-income communities of color, particularly in parts of south LA, a reminder that the pandemic has been especially devastating for Black and Latino residents who have been forced to continue their essential work jobs in dangerous conditions. Racial disparities in the toll of the virus have dramatically worsened this month in LA, officials said.

On Wednesday, Newsom also announced $2bn funding for education, encouraging schools to resume in-person instruction in early spring and outlining a plan to promote Covid testing and other precautions. The governor’s plan prioritizes the youngest elementary students, although schools in regions hard hit by Covid will be slower to reopen.

Elsewhere in the US, Texas hit a record-high of 11,351 hospitalizations on Tuesday, which also saw 26,990 new cases.