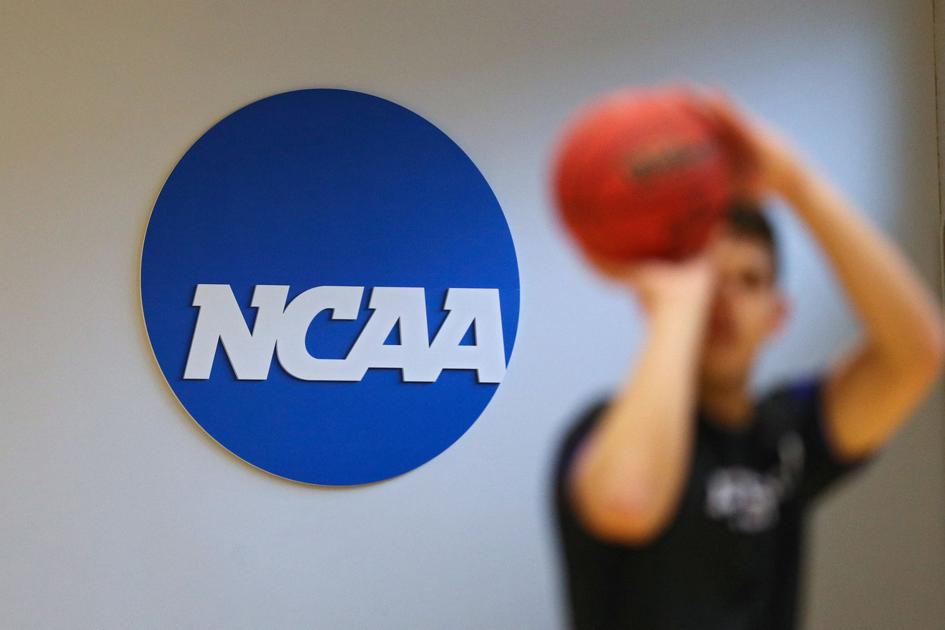 CHAMPAIGN — The weather fit the mood March 12 when the Illinois men’s basketball team made the 122-mile trip back from Indianapolis to Champaign. A dreary, rainy Thursday afternoon was appropriate.

The 2019-20 college basketball season had been canceled. The Big Ten tournament was axed first and the NCAA tournament soon after as the beginning stages of the COVID-19 pandemic hit the United States. The Illini returned to Champaign having never even gotten on the court at Banker’s Life Fieldhouse in downtown Indianapolis and no chance to end an NCAA tournament drought dating back to the 2012-13 season.

Illinois could wind up making the reverse trip not long after the one-year anniversary of the abrupt, ill-fated end to its breakout season. The NCAA announced Monday it was planning to move its men’s basketball tournament to a single geographic area for the 2021 championship event as the pandemic continues to rage across the country, with metropolitan Indianapolis the preferred destination.

The NCAA has begun preliminary talks with the state of Indiana and the city of Indianapolis to potentially host the 68-team tournament in the metropolitan area on the as scheduled dates in March and April. Indianapolis was already set to host the Final Four scheduled for April 3-5, 2021.

The single geographic area would replace the original 13 preliminary round sites. Those sites included the First Four in Dayton, Ohio, along with Dallas, Detroit, Providence, R.I., Lexington, Ky., Raleigh, N.C., San Jose, Calif. and Wichita, Kan., as first- and second-round sites. The regional were scheduled for Minneapolis, Denver, Memphis, Tenn., and Brooklyn, N.Y.

Moving to a single geographic site would limit travel and provide a more controlled environment with competition and practice venues along with medical resources and lodging for teams and officials.

“My committee colleagues and I did not come lightly to the difficult decision to relocate the preliminary rounds of the 2021 tournament, as we understand the disappointment 13 communities will feel to miss out on being part of March Madness next year,” said Mitch Barnhart, chair of the Division I Men’s Basketball Committee and University of Kentucky athletic director, in an official release. “With the University of Kentucky slated to host first- and second-round games in March, this is something that directly impacts our school and community, so we certainly share in their regret. The committee and staff deeply appreciate the efforts of all the host institutions and conferences, and we look forward to bringing the tournament back to the impacted sites in future years.”

The NCAA’s move to host its entire men’s basketball tournament in a single site follows, at least in some ways, the successful “bubbles” for multiple professional organizations when their season restarted this summer. The Basketball Tournament was the first to make a “bubble” work this past, with the NBA, WNBA, NHL and NWSL following suit in the summer and fall.

“We have learned so much from monitoring other successful sporting events in the last several months, and it became clear it’s not feasible to manage this complex championship in so many different states with the challenges presented by the pandemic,” said Dan Gavitt, NCAA senior vice president of basketball. “However, we are developing a solid plan to present a safe, responsible and fantastic March Madness tournament unlike any other we’ve experienced.”

“The committee and staff have thoughtfully monitored the pandemic to develop potential contingency plans,” NCAA president Mark Emmert added. “The Board of Governors and my top priorities are to protect the health and well-being of college athletes while also maintaining their opportunity to compete at the highest level. These principles have guided the decision-making process as we continue to assess how to have a fair and safe championship experience.”

The NCAA has not yet made a decision on how it will proceed with its women’s basketball tournament. That said, a single site is an option being considered.

“Because of the ongoing pandemic, the committee recognizes that the tournament may have a different feel,” said Lynn Holzman, the NCAA vice president of women’s basketball in an official statement. “The committee intends to maintain a field of 64 teams, and a variety of contingency plans — including reducing the number of first- and second-round sites or bringing the entire tournament to one location — are being considered in concert with staff, medical experts and other stakeholders.”

Britain’s prime minister is quarantining, and other news around the world. – The New York Times
Covid: Michigan and Washington State clamp down as US cases pass 11 million mark – BBC News