Donald Trump threatens to fire Anthony Fauci after US… 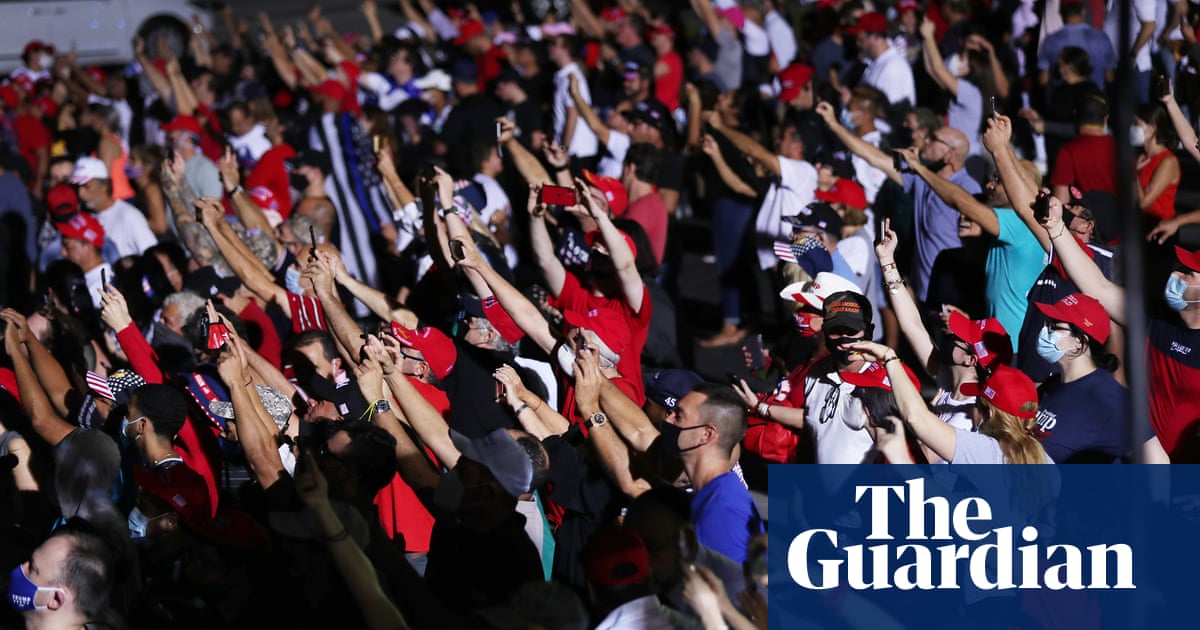 As crowds at the Miami Opa-Locka airport chanted “Fire Fauci”, Trump allowed the chants to continue for several seconds before responding: “Don’t tell anybody, but let me wait until a little bit after the election. I appreciate the advice. I appreciate it.”

Fauci, 79 and one of the world’s foremost infectious diseases experts, has served under six presidents over three decades as the director of the National Institute of Allergy and Infectious Diseases. He is one of the lead experts on Trump’s coronavirus taskforce and has frequently offered frank public health guidance in contrast to the president’s repeated falsehoods on the severity of the Covid-19 pandemic.

In a hard-hitting interview with the Washington Post published on Saturday night, Fauci said the US should prepare for “a whole lot of hurt” under the coronavirus pandemic and predicted a winter of 100,000 or more cases a day and a rising death toll.

“It’s not a good situation,” Fauci said. “All the stars are aligned in the wrong place as you go into the fall and winter season, with people congregating at home indoors. You could not possibly be positioned more poorly.”

Trump’s rally in Florida, a critical swing state he needs to hold to win the election, was held as Covid-19 cases in the state continued to surge. Like countless Trump rallies there was no social distancing and thousands of attendees did not wear masks.

Miami-Dade county, where the event took place, has a midnight curfew to mitigate the spread of the virus. The county ordinance states the curfew is “necessary to safeguard life and health, as parties and gatherings late at night have the potential to spread Covid-19”. Trump’s speech continued well past midnight and attendees were still leaving after 1am.

The rally was Trump’s fifth event of the day, in a packed schedule that saw him visit five states as the election reached its final day of campaigning. Polls showed Trump behind in Florida by an average of 2.2%, foreshadowing a close race.

“We need a president who actually listens to experts like Dr Fauci,” Biden posted.

More than 9.1m cases of Covid-19 have been recorded in the US and more than 230,000 people have died, marking one of the worst per-capita death rates in the world.

Daily case counts vary but agree that on Friday the US set a world record for cases in a single day, between 99,000 and 100,000, as numbers surge in several states, many of them electoral battlegrounds key to control of the White House.

The best Halloween costumes from around the sports world in 2020 – CBS Sports
Sports on TV: Monday, November 2, 2020 | Lewiston Sun Journal – The Bethel Citizen