So many sports, so few viewers: Why TV ratings are way down during the pandemic – Sports and Weather Right Now

So many sports, so few viewers: Why TV ratings… 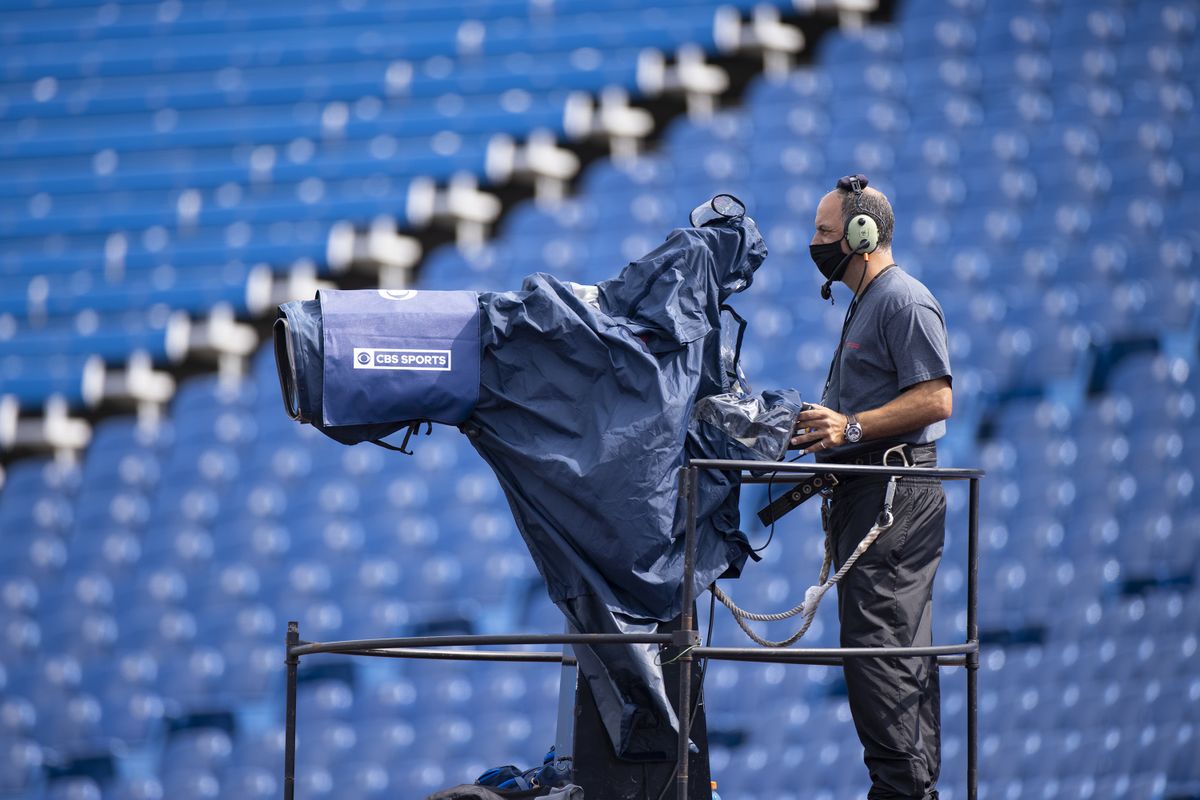 During the NBA Finals, as LeBron James’ Los Angeles Lakers fended off the pesky Miami Heat, two basketball fans got into a Twitter spat. It had nothing to do with basketball and everything to do with an issue that seemed to consume these bubble finals: TV ratings.

The finals were setting all-time lows for viewers, and Sen. Ted Cruz , R-Texas, had a theory for why: “The NBA is engaged in a concerted effort to (1) insult their fans & (2) turn every game into a left-wing political lecture. That’s dumb,” he tweeted at Mark Cuban, the owner of the Dallas Mavericks.

Weaponizing ratings slips has become a hallmark of Trump-era Republicans, who routinely blame low viewership on the athletes and leagues that speak out about social issues. This year’s historically bad NBA playoffs viewership – The Finals fell about 50% from last season – were gleefully noted by President Donald Trump and across conservative media, from Fox News’s Laura Ingraham to the Daily Wire to Breitbart. Their rallying cry: “Get woke, go broke.”

But viewership of major sporting events is down across the board, including in leagues with no social-justice messaging to speak of. According to data compiled by the website Sports Media Watch, Golf’s U.S. Open was down 42%. The Kentucky Derby: 43%. The Stanley Cup finals: 61%. The vaunted NFL is down 13% early in its season. Major League Baseball’s division series was down 40%. A World Series between, potentially, Atlanta and Tampa Bay isn’t likely to change the tide.

Several factors are fueling the drop, according to data and interviews with TV executives and industry observers: the intensity of the political news cycle; a glut of sports on TV; and viewers’ lives being upended by the global pandemic. A new survey shows that some Republicans say they’re tuning out over social-justice messaging. But the data tells a different story.

“We just believe so strongly that the whole business of sports fuels social connection and is fueled by social connection,” said Mike Mulvihill, head of strategy and analytics at Fox Sports. “For obvious reasons, our whole environment of social connection is completely inside out. So sports and the ability of sports to act as a unifying force is really undermined.”

Added Cary Meyers, ESPN’s senior vice president for research and insights: “What we’re seeing is casual fans are having a hard time putting other things aside. And, obviously, there is also cable news.”

As the NBA prepared to return in July, with hockey, baseball, football and other sports on the horizon, networks predicted pent-up demand for live sports. ESPN touted a poll in which 59% of fans said they planned to watch as much as they could when sports returned, with a renewed appreciation for the role of sports in their lives.

Executives say there’s some evidence that happened, at least for some die-hard fans. Over the first five weeks of the NFL season, the total number of minutes of live sports consumed was up 2% over the same period last year, according to ESPN. A similar analysis by Fox found that from baseball’s restart through Week 4 of the NFL season, total sports consumption was up 7% this year.

And, as usual, sports still rule live television: 39 of the top 40 rated programs last week were either sports or news, with “Saturday Night Live” the only entertainment property in the mix, Mulvihill pointed out on Twitter.

Still, overall sports viewership will be down from a normal year, with sports spread across the calendar. According to ESPN’s Meyers, 92% of sports fans are tuning in more often and for longer durations this year compared with last, apparently turning the condensed sports calendar into a quarantine coping mechanism. But they can’t get to everything.

“You have an oversupply of premium events,” Mulvihill said. “It’s causing the total pool (of consumption) to not be affected that much. But on a sport by sport basis, everyone suffers.”

The other 8% are casual fans, Meyers said, who simply aren’t watching this year. Fans tuning out cite several factors, according to a recent survey by the Marist Center for Sports Communication. Thirty-five percent blamed concerns over the coronavirus; 20% said they are more focused on election coverage; and 19% said they had no free time for sports.

Cable news viewership numbers support the Marist findings. The average total day viewership on MSNBC, Fox News and CNN is up to 1.49 million in 2020, from 1.01 million last year.

“People are telling us sports are no longer the priority in their lives,” said Jane McManus, Director of the Marist Center for Sports Communication. “Think about it: You’re watching your kids Zoom into classes and you may have stared at a screen all day for work, so you’re less inclined to turn the TV on for a game.”

There was no more political moment in sports this year than when NBA players, led by the Milwaukee Bucks, engaged in a political strike, sitting out games in protest of the police shooting of Jacob Blake in Kenosha, Wisconsin. Trump seized on it, saying the NBA had “become like a political organization, and that’s not a good thing,” and noting the league’s low ratings.

It was familiar territory for Trump, whose attacks on Colin Kaepernick, the NFL quarterback who knelt during the national anthem to protest police brutality, helped put athlete activism front and center in the culture wars in 2016 and 2017.

The NFL was suffering through a ratings decline then, too, and Trump was quick to connect the slump with players’ kneeling. Back then, there may have been at least some connection: Fox’s Mulvihill said the data showed some older, more rural viewers were tuning out, contributing to the lower ratings.

Today, though, kneeling and other athlete protests are more widely accepted. While the Marist Poll found that 70% of Republicans say they are less likely to watch sports because of politics, recent viewership numbers don’t reflect those views.

This NBA season, before the pandemic, 28% of the viewers for ESPN and ABC games were Democrats, and 11% were Republicans, with the remaining viewers identified as unregistered or independent, according to Nielsen Voter Ratings. After the restart, the share of viewers who were Democrats increased slightly to 30%, and the share who were Republicans dropped marginally to 10%.

The NFL also hasn’t seen much drop off among more conservative demographics, Fox’s Mulvihill said. Even after networks highlighted the league’s social justice efforts during its opening week – including players kneeling during the anthem or staying in the locker room – he saw no evidence older or more rural fans were tuning out.

“I’m scanning the data for it,” he said, “and I’m not seeing anything.”

The same appears true across all sports. Over the first four weeks of the NFL season, Nielsen data shows that sports, as a percentage of total TV viewing for Republicans, didn’t change much since last football season: it went from 9.1% last year to 8.2% this year. For Democrats, it was 7.1% last year and 7.8% this year.

There are real, mounting questions for sports networks, about the future of the cable-TV ecosystem and sports’ popularity with younger audiences. But these viewership dips – amid a pandemic, a bitter presidential election and an unpredictable sports calendar – may simply not mean what some want them to.

“We have ratings panics all the time, even when they aren’t part of the culture wars,” said Jon Lewis, the creator of Sports Media Watch.

“But no one has taken less money yet, so the ratings never have long-term implications that any of these leagues have to worry about, for now.”

MLB just signed a new rights extension with Turner Sports worth around $3.5 billion, and the NFL may double its billions of dollars in rights fees when it signs new deals that are being negotiated.

“My expectation is that we’re going to come out of the other side of this pandemic and you will see the ability of sports to act as social glue,” Mulvihill said. “As live attendance comes back, ratings should come back, too.”