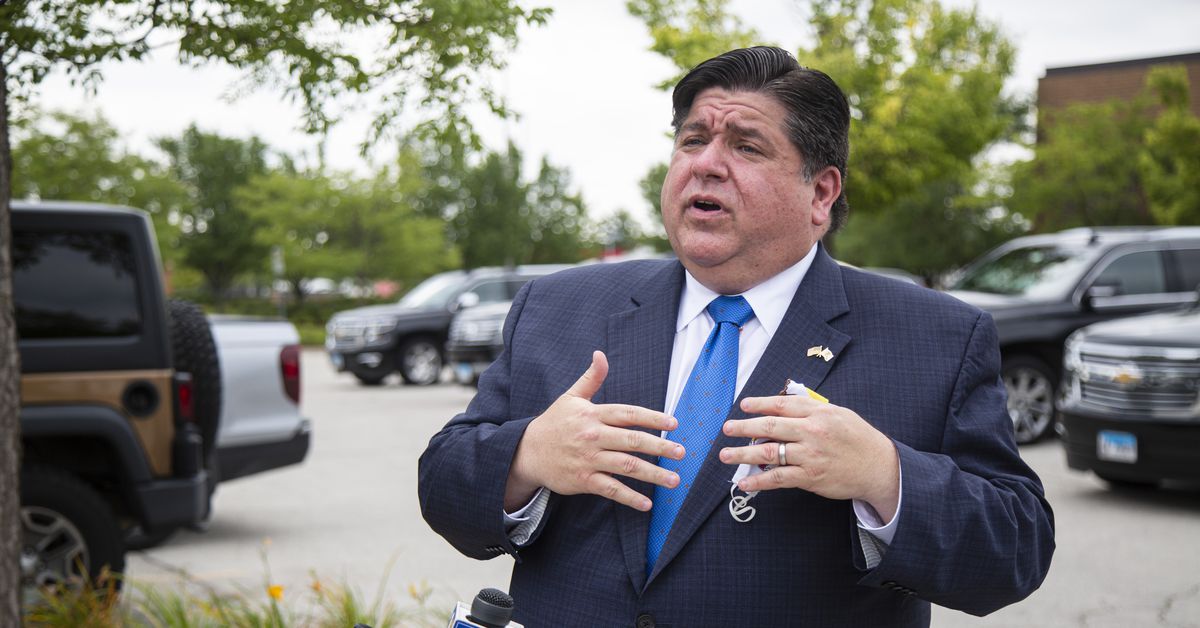 It appears we have another developing mess on our hands.

Mayor Lori Lightfoot and Gov. J.B. Pritzker both warned of a second COVID-19 wave at press conferences on Monday.

The state’s latest testing numbers have destroyed the positive momentum that recently built up behind starting winter high school sports on time.

Basketball teams are currently scheduled to begin practices on Nov. 16. Games are scheduled to begin on Nov. 30, but that can’t happen unless Pritzker and the Illinois Department of Public Health move medium-risk sports to Level 3 of its youth sports guidelines.

The IDPH has never announced exactly how that happens, never said which statistics matter the most in making the decision. But with numbers increasing all over the state it is very unlikely that metric has been achieved.

So the subject line on the IHSA’s email to media on Monday was interesting: “IHSA Board Eyes October 28 for Winter Sports Announcement”

The key word is “eyes.” That doesn’t sound definitive. Craig Anderson, the IHSA Executive Director, said he expects a response from the IDPH “with final recommendations for winter sport plans, including any accommodations and postseason plans, by October 26.”

The IHSA has scheduled a special board meeting on Oct. 28 to discuss the recommendations that they are hoping to receive on Oct. 26.

Don’t hold your breath waiting for any of those dates to turn out as expected. Sources say communication between the governor’s office, the IDPH and the IHSA is still lousy. That was a major issue this summer when fall sports plans were debated. Remember, Pritzker blindsided the IHSA with that decision.

“We understand that student-athletes, coaches, parents, officials, and fans are anxious to learn more details about the plans for IHSA winter sports,” Anderson said. “We feel like we are making positive strides in our discussions with the IDPH to be allowed to conduct winter sports as scheduled. We believe we have a plan to do so safely and want to provide IDPH with ample time to review the winter sports plans, and supportive data, we have provided them.”

Pritzker announced youth sports restrictions in a surprise move on July 29. It happened literally while the IHSA was conducting a board meeting. It’s been 83 days and the state government and the IHSA are still not on the same page, not hashing this out together.

It’s difficult to imagine a scenario in which the IHSA would ignore the governor or anyone from the IDPH. What motivation would they have to do that? The IHSA is desperate to get sports started again, basically in any form. It’s clear which side is having the communication issues. It’s the side that is also making the final decision.

That’s troubling and it isn’t helpful to anyone in the state. Whatever your opinion is, whether you think high school sports should be happening or not, we need Pritzker’s people and the IHSA to work together to make these plans and decisions. That’s the only sane way through this difficult time.