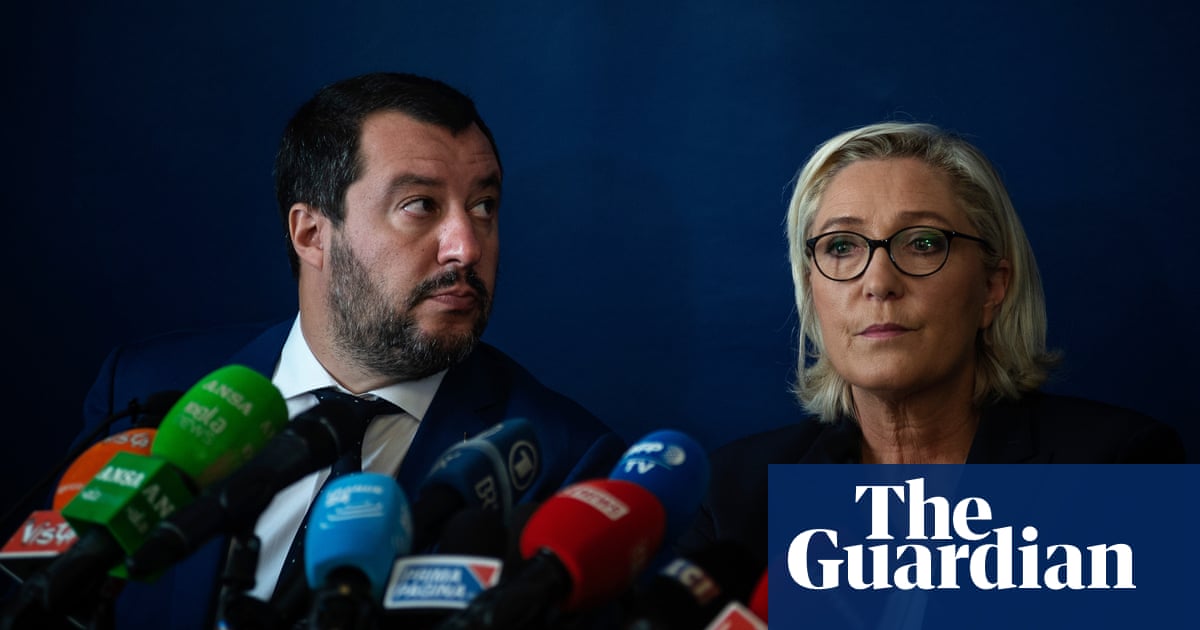 Support for populist beliefs in Europe has fallen markedly over the past year, a major YouGov survey suggests, with significantly fewer people across a range of countries likely to agree with key statements designed to measure it.

The YouGov-Cambridge Globalism Project, a survey of about 26,000 people in 25 countries designed with the Guardian, showed a more or less steep decline in populist tendencies in 2020 in all eight of the European countries also surveyed last year.

Political scientists expressed surprise at the size of the fall but said since the main reasons for it were most likely related to the coronavirus pandemic, support for populist beliefs could recover as the focus of the crisis becomes more economic.

“You could think of the virus like a volcano,” said Matthijs Rooduijn, a political sociologist at the University of Amsterdam and expert on populism. “It has hit populism hard, but it will leave behind fertile ground for the future.”

Populism, which frames politics as a battle between ordinary people and corrupt elites, has grown rapidly as a political force, with support for populist parties in national elections across Europe surging from 7% to more than 25% in 20 years.

The survey, carried out in July and August, found that across Britain, Denmark, France, Germany, Italy, Poland, Spain and Sweden – and in Australia, Canada and the US as well – fewer people agreed with the statement that “the power of a few special interests prevents our country from making progress”.

In some countries the fall was substantial: from 33% to 22% in Denmark, a fall of 11 percentage points, with falls of 9 points in Great Britain, 9 points in Germany, 8 in France, 6 in Italy and 4 in Poland.

The survey showed similar marked declines in support for other statements designed to measure support for populist beliefs – including falls of 20 percentage points in Denmark and 15 in Germany for the view that “a lot of important information is deliberately concealed from the public out of self-interest”.

Significant drop-offs were also seen in support for the view that “my country is divided by ordinary people and the corrupt elites who exploit them”: 11 points in Denmark, 9 points in Germany, 7 in Italy and 5 points in France.

The survey found a smaller decline in support for the statement “the will of the people should be the highest principle of this country’s politics”– down by 3points in Germany, 2 in Italy and 8 in Poland.

But levels of support for this and other populist views nonetheless remain high in several countries: in seven of the eight European countries surveyed, between 60% and 74% of respondents said they agreed that the “will of the people” should prevail.

Sizeable differences also remain between individual countries. Fifty-six per cent of respondents in France and 66% in Spain, for example, agreed their country was split between ordinary people and a corrupt elite, against 34% and 18% in Sweden and Denmark.

“There is evidence of greater trust in science, politicians and experts – an impression that only they can help us,” he said. “A perception, maybe, that a global health crisis is not a situation where we necessarily want to give power back to the people.”

Populist parties in many countries have also suffered from a “rally round the flag” effect that has boosted support for governments, he said, while their popularity has been dented by their inability to maintain a consistent line on how to handle the virus, flip-flopping on issues like border closures and lockdowns.

Finally, Rooduijn said, the scale of the crisis had meant that populist parties and their ideas simply got far less attention, particularly in the early stages of the crisis.

He warned, however, that this was likely only to be a temporary lull. “Things are already changing quite rapidly with the second wave,” Rooduijn said. “Conspiracy theories are rising; populations are becoming increasingly polarised over the measures governments are taking.

“That’s an opportunity for populists. Several populist radical right parties already seem to be recovering in the polls.”

The survey showed significantly less movement among respondents in the US, where the declines ranged from 2 percentage points to 4 , with only one question (“The people I disagree with politically are just misinformed”) eliciting more agreement this year at 38%, up five points on 2019.

The survey found that while people had generally moved away from the belief that the costs of immigration outweigh the benefits, attitudes to immigration – a key policy question for all European far-right populist parties – had hardened over the past year.

Across the US, Canada, Australia and five EU countries, the proportion of people agreeing that “the costs of immigration outweigh the benefits” for their country fell in 2020 compared with last year – by seven percentage points in France and Italy, and five in Germany.

Anti-immigration sentiment remained most consistently strong in Sweden, where 65% of respondents said fewer immigrants should be allowed into the country in future, up from 58% last year. The figures were similar in Italy, where 64% of those surveyed agreed immigration should be cut, against 53% last year.

The country with by far the strongest anti-immigration feelings was Greece, included in the survey for the first time in 2020. Nearly four out of every five respondents wanted immigration reduced, with 62% saying it should be reduced by “a lot”.

Among the European countries surveyed, only Poland bucked this trend with 32% of people saying immigration should be reduced in future compared with 37% in 2019.

Rooduijn said he suspected there could have been a “Covidisation” of immigration attitudes too, prompted by people’s lockdown experiences and their fears about the consequences of future immigration on public health risks and systems.

Australia seeks Qatar response after female passengers strip-searched – BBC News
How the U.S. election could shape the world like none before – NBC News