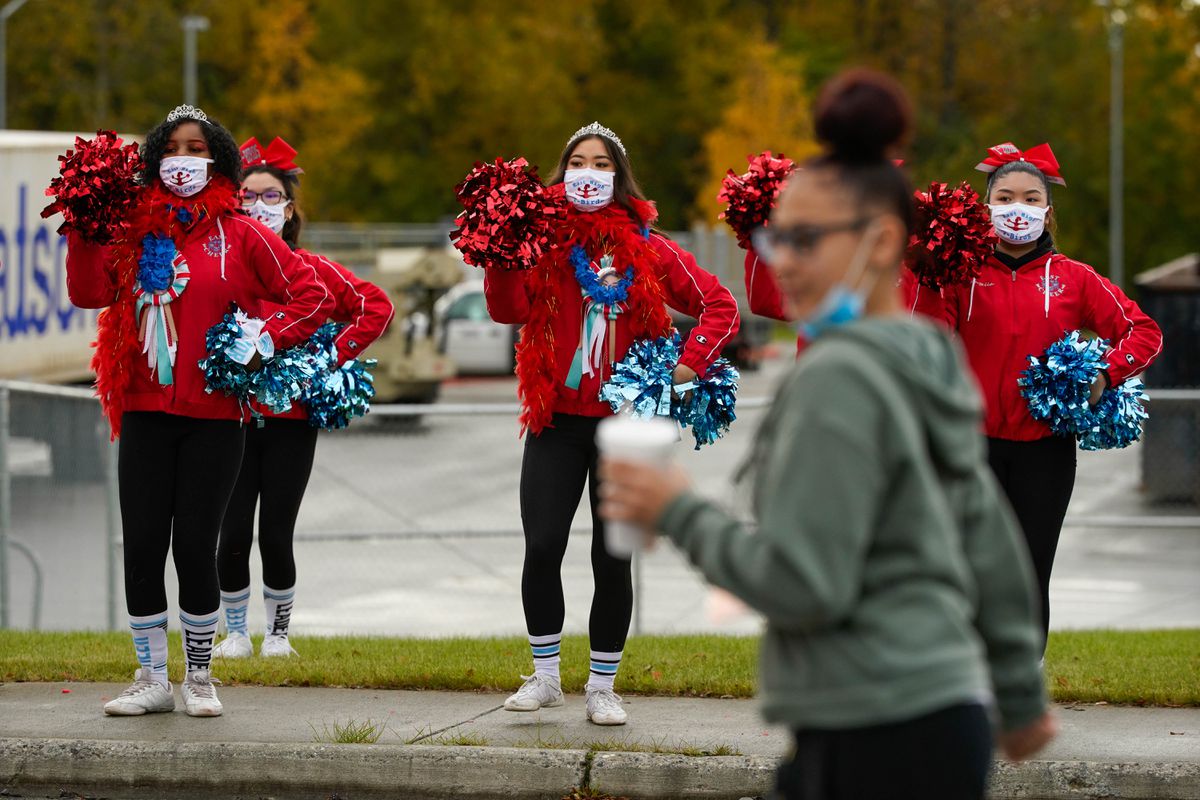 The Alaska School Activities Association on Tuesday canceled state championship events for all fall sports and activities because of rising COVID-19 cases in Anchorage and other parts of the state.

It also postponed the start of winter activities — some of which had already been delayed — until the board can adopt a revised calendar.

A playoff for Anchorage football teams is likely to happen as a replacement for ASAA’s First National Bowl, an Anchorage School District spokesman said.

“We anticipate holding some sort of regional football championship, but no details have been worked out yet,” district spokesman Alan Brown said by email.

“… Our secondary administrators are going to be meeting with principals (Wednesday) to review the impacts of the ASAA decision and consider the various options for our sports and activity programs moving forward.”

ASAA’s decision was made after the group’s board of directors met with Alaska chief medical officer Anne Zink, Department of Education commissioner Michael Johnson and Division of Public Health physician Liz Ohlsen on Tuesday morning.

Board members listened to what the experts said about rising case counts and the growing need for contact-tracing, and then voted unanimously to cancel the championship events, ASAA executive director Billy Strickland said.

“I think the board made the appropriate decision,” Strickland said. “I know we’re going to get second-guessed. It’s easy to make the easy decision. No one gets into this business to cancel activities, so not having state championships is something we take seriously.”

Among other things, the decision ends the Soldotna Stars’ pursuit of an eighth straight Division II football championship. Soldotna coach Galen Brantley Jr. took to Twitter after hearing the new to urge athletes to keep their heads up.

“(The) pain and disappointment you feel will only make you stronger down the road,” he said.

To all the senior athletes: the pain and disappointment you feel will only make you stronger down the road. Get back up and knock the dust off. You are all champions!!! https://t.co/t3YBg4rJ7j

“It’s frustrating, it’s heartbreaking. There were some tears today,” Brantley said in a phone interview. “We practiced for two months standing on a cone 10 feet away from each other. They put a lot of time and work into a season with only four games.”

Regions can hold region championships if they can do so by Nov. 22, ASAA ruled.

Strickland said the football postseason can continue, but only with games between teams in the same region. He said that decision follows a piece of advice the board received from the medical experts: “Don’t break your bubble.”

“There’s no one to play,” Brantley said. Homer is quarantined and Kenai “probably already turned in their gear,” he said.

It means Colony can’t travel to Anchorage for a scheduled Friday night playoff game against Bartlett, and Juneau won’t get to come to West High for a Saturday morning game.

Likewise, the reigning Division III champion Houston Hawks aren’t allowed to play the Monroe Rams in a semifinal game planned for the weekend, because those teams are in different regions.

However, a semifinal game between the Homer Mariners and Redington Huskies could still happen, because both teams belong to Region III.

“This whole year it was always in the back of your mind that you have to be prepared for this moment, because at any moment we could be like Eagle River,” Brantley said, referring to the quarantine that ended the playoff-bound Wolves’ season.

“Did we think ASAA would shut us down? Absolutely not,” he said. “… I know everybody is trying to do everything they can to keep kids safe, that’s first and foremost, and we can live with that. I just hope it’s not a knee-jerk reaction.

“Here we’re done, but other (sports) are going till Nov. 22? Did we stop and consider all the options?”

Any regional games will be sponsored by school districts or regions, not ASAA, Strickland said.

The regional option means the season will continue for at least some Anchorage teams. Six of them — East, South, West, Bartlett, Service and Chugiak — had qualified for the Division I quarterfinals.

Brown said a plan will announced no later than Friday, and East coach Jeff Trotter thinks there are three options: A six-team playoff format that adds Dimond to the mix, a four-team format with East, South, West and Bartlett (the top two teams in the Cook Inlet Conference’s two divisions) or a single-game championship between East and South, the top seeds from the CIC’s two divisions.

But, he said, it’s better than the alternative.

“There’s a lot of teams in the state that wish they could still play, so we appreciate that,” he said.

[Because of a high volume of comments requiring moderation, we are temporarily disabling comments on many of our articles so editors can focus on the coronavirus crisis and other coverage. We invite you to write a letter to the editor or reach out directly if you’d like to communicate with us about a particular article. Thanks.]